The company has dropped a major hint that the device will come with an artificial intelligence which will be less artificial.

Unlike other manufacturers, who are keeping their next-gen products under complete secrecy, LG seems to be teasing one feature after another of its upcoming flagship device, LG G6. The company earlier teased that the smartphone will come with “Big Screen. That fits” and now it has dropped a major hint that the device will come with an artificial intelligence which will be less artificial.

LG recently sent out a teaser image for the upcoming G6 flagship smartphone which reads, “Less artificial. More intelligence. The next generation smartphone brought to you first by LG.” There is a high chance that the device might come deeply integrated with the Google Assistant. as the company is already reportedto be seeking a partnership with Google to add company’s in-house virtual assistant to its new products to be launched this year. 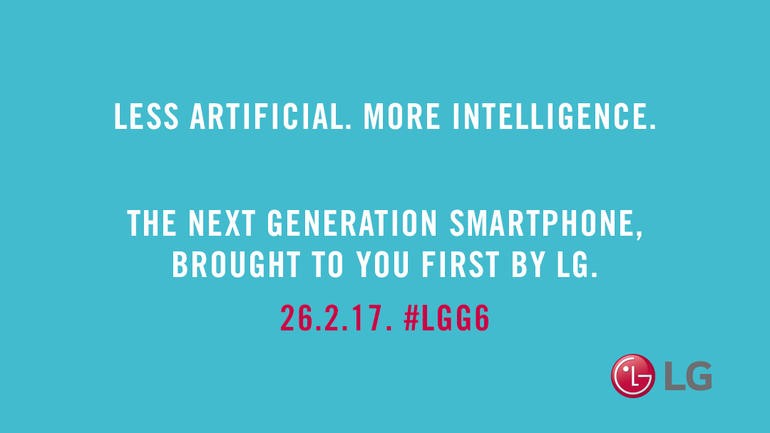 As far as the launch is speculated, the company will be launching the device on February 26th during Mobile World Congress (MWC), which will be held in Barcelona later this month. The company has started sending out the media invites for its press event which will take place on February 26 at 12:00 local time, where it is expected to launch the upcoming flagship device.

As for the specs are concerned, the smartphone might sport a 5.7-inch QHD+ display with a resolution of 2880×1440 pixels. The smartphone is rumoured to sport the latest Qualcomm Snapdragon 835 processor and would sport 3.5mm headphone jack and might use USB Type-C for charging and data syncing. LG is also likely to keep the Hi-Fi Quad DAC for high-quality audio output via headsets.