Lenovo K9 vs Realme C1: What can the least of money get you?

Realme has devised the Realme C1 with a notched display, Snapdragon 450 processor and dual rear cameras. With an extra camera on the front, glass back and stock-ish Android experience, does the Lenovo K9 have what it takes to topple the newly established player in town, the Realme C1?

After living in the shadows for a year, Lenovo made its comeback with the Lenovo K9 - a budget smartphone with a price tag of Rs 8,999, available on Flipkart. The device offers a total of four cameras with entry-level specifications and a decent battery life.

For under the same price, the newly independent Chinese company Realme has devised the Realme C1 with a notched display, Snapdragon 450 processor and dual rear cameras. With an extra camera on the front, glass back and stock-ish Android experience, does the Lenovo K9 have what it takes to topple the newly established player in town, the Realme C1? Let’s talk about that.

Lenovo’s K9 features a glass back, which is a rare thing to witness on a phone which is priced under Rs 10,000. The glass back gives the K9 a premium look with a comfortable grip but attracts a lot of smudges and fingerprint. The glass design gives a glossy finish which comes in Black and Blue colours. 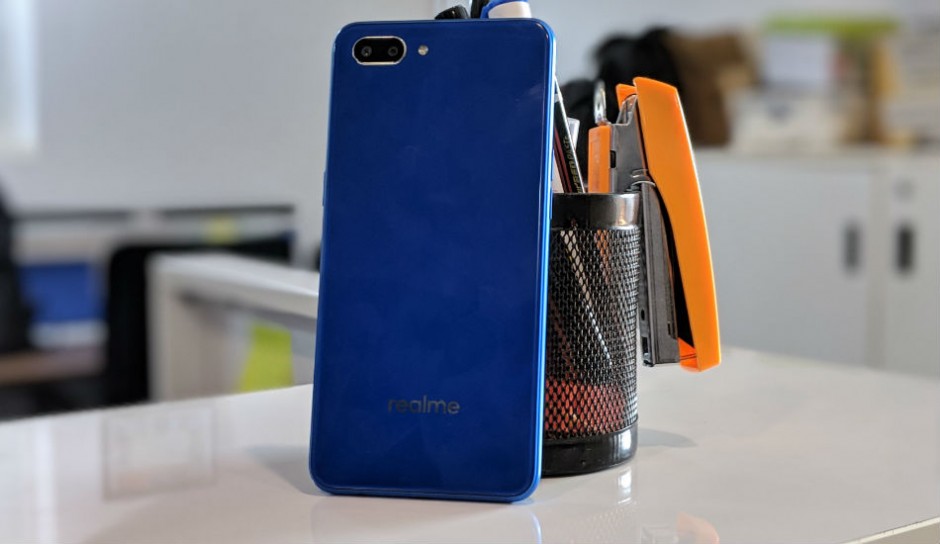 The primary material on the Realme C1 device is plastic, offering a glossy finish similar to more premium phones that have glass in them. The phone is available in Blue and Black colours and even if we can’t ignore the smudges that take over the smartphone, the phone looks beautiful to the eye and is comfortable holding on your hands

The Realme C1 features a 6.2-inch HD+ fullscreen display with a screen resolution of 1440 x 720 pixels. In our testing, we found out that the display of the phone is above average. The colours look bright with good viewing angles but outdoor visibility is not that great because the screen is reflective under direct sunlight. Apart from this, the screen is decent for watching videos and playing games as you get some wide colour gamut. However, the notch isn’t in perfect tune to most of the apps because there’s no option to hide the notch due to which most app screens are hidden at the top. 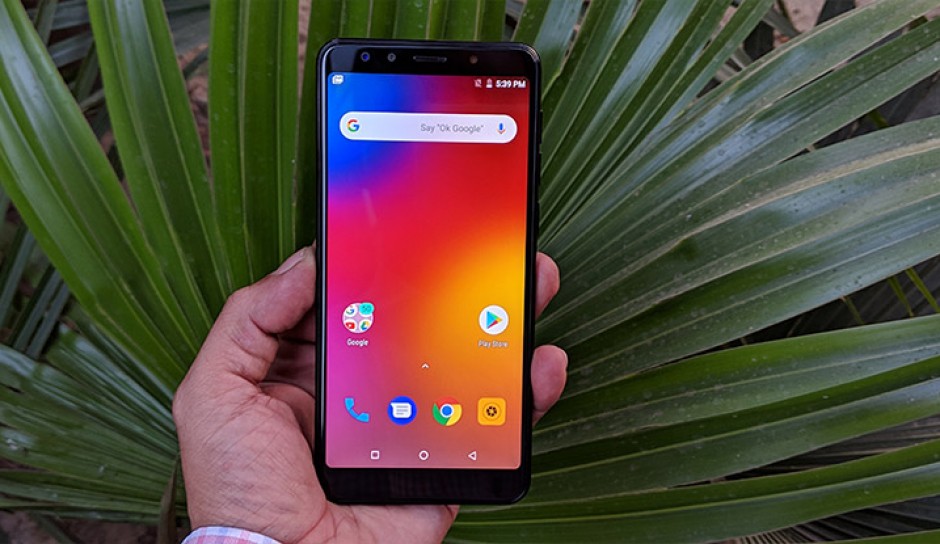 The Lenovo K9 is equipped with a 5.7-inch HD+ display with a screen resolution of 1440 x 720 pixels and an aspect ratio of 18:9 along with a 2.5D curved glass. In our initial testing, we found out that the screen looks decent as the colours were bright and viewing angles of the device look good as well. However, the only downside to the K9 is the presence of large bezels all around the device which reduce the screen real estate of the device significantly with a screen-to-body ratio of 74.8 percent compared to the 81.2 percent on the Realme C1.

On the hardware front, the Lenovo K9 is powered by an octa-core MediaTek Helio P22 chipset with 3GB of RAM and 32GB of internal storage. The memory can be further expanded up to 256GB via microSD card. Additionally, the K9 comes with a USB Type-C port which is always a plus point as we move in toward the future of wired connectivity.

Realme C1 is powered by a Qualcomm Snapdragon 450 processor along with Adreno 506 GPU. The phone is backed by a 2GB of RAM and 16GB of internal storage, which can be further expanded up to 256GB via microSD card slot. The Snapdragon 450 is definitely a plus point of this device as most of its competitor comes with a lesser powerful processor. However, the Lenovo phone comes with a larger RAM and memory and thus is a better option for a daily driver. 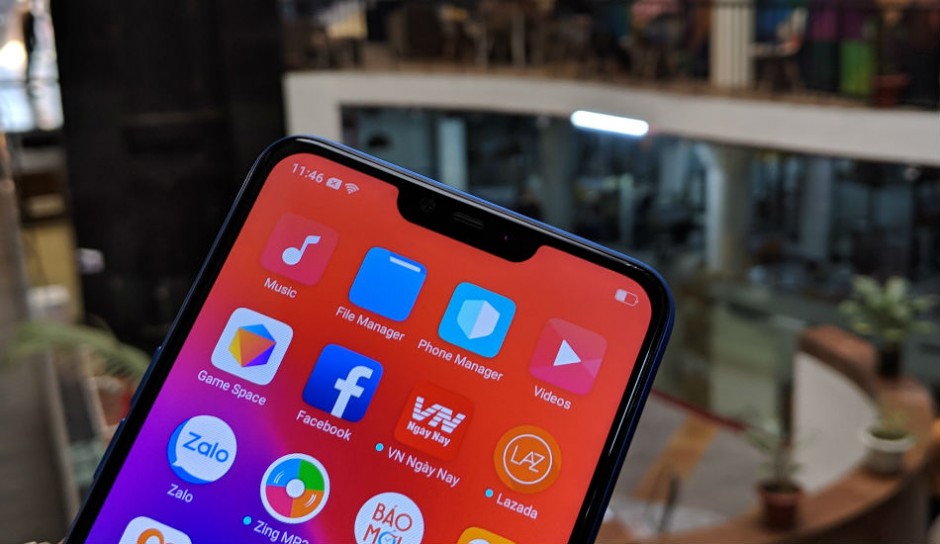 The Realme device comes running ColorOS 5.2, which is based on Android 8.1 Oreo. The interface has its fair share of downsides as transition animation is not smooth and there will be noticeable jitter when switching from one app to another. There is no option to customise the smartphone and neither can you tap and hold home screen to open quick settings like Wallpaper, widgets and more options.

Lenovo K9 runs on Android 8.1 Oreo with the company’s custom user interface running on top of it. The user interface in this smartphone offers close to stock experience. You get an app drawer similar to what we have seen in most Android One smartphones. Then there are some gestures as well like three finger swipe to take a screenshot, double tap to turn on/off screen, start camera by drawing letter ‘C’, start browser by drawing letter ‘e’.

Coming to the camera department, the Lenovo K9 sports four cameras out of which two are positioned at the back and two at the front. The dual camera setup at the back comprises of a 13MP primary and 5MP sensor along with an LED flash. The camera interface is quite simple and your video, photo, bokeh and pano modes. 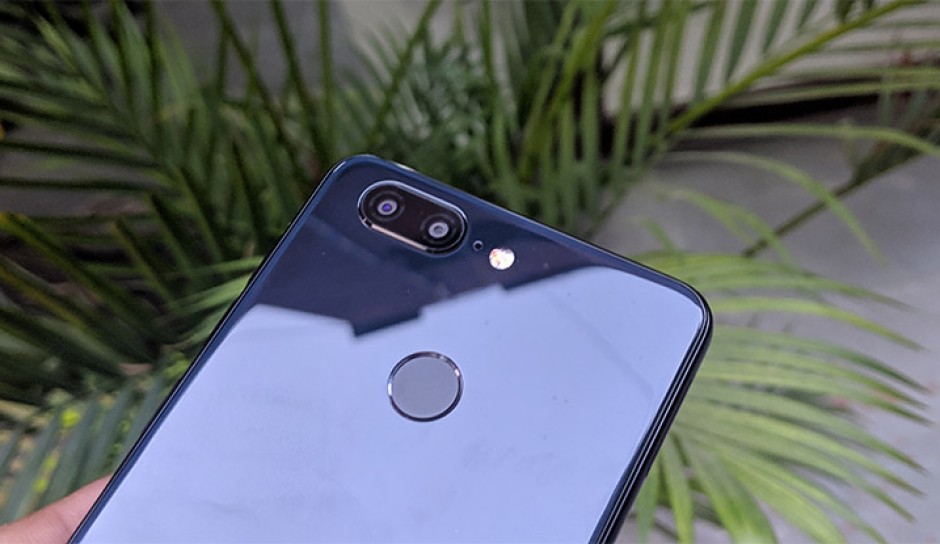 In this scenario, the Realme C1 features a dual-camera setup with a combination of 13MP primary sensor and a 2MP secondary sensor for depth sensing. For the front, there is a 5MP shooter for selfies.

For smartphone cameras at this price, the imaging section is mostly something that gets overshadowed and rightly so, as there’s nothing much to expect from both the devices. Image qualities on both camera setups are average at best with grainy noise-filed low light pictures.

There’s a 4230mAh battery on the Realme C1 which in our initial tests lasted a day and a half in moderate usage conditions. Lenovo’s K9 seriously doesn’t hold up anywhere near as it only comes with a standard 3000mAh battery.

Lenovo’s K9 is made to impress the budget crowd with its attractive design that’s solely made with glass, decent performance and a near-to-stock Android experience. However, it takes a beating from the Realme C1 when it comes to packing a trendy bezel-less display and a larger battery that gets through the day which the Realme device offers in abundance. Besides that, Lenovo surely looks to be refining its catalogue with its latest smartphone and can manage to do more if it doesn’t go back to a cave for another year.

Realme C1 vs Redmi 6A: Can Realme topple Xiaomi's legacy