Leaked image of HTC First rumoured to be the Facebook phone

Press mock-up image of the HTC first smartphone was leaked online and the design of the capacitive buttons hints that it might be the rumoured Facebook smartphone.

Earlier this week, Facebook sent out press invites for an event to introduce something new related to Facebook on Android. 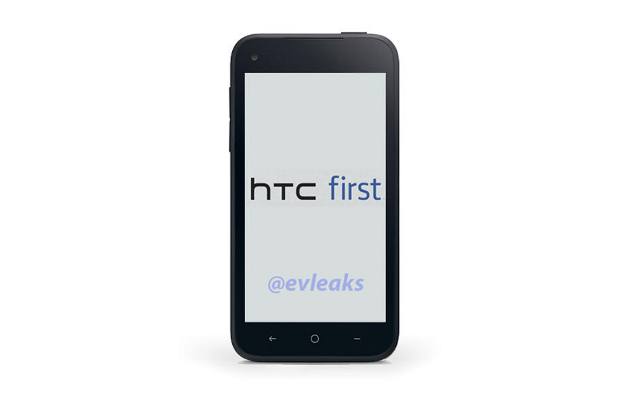 Facebook has been in the news about planning a smartphone operating system since last year. The task is achievable but the social networking company decided to focus on providing better user experience. The Mobile Indian had also reported earlier that Facebook was working closely with HTC for a smartphone codenamed – Project Buffy.

In the leaked image (of ‘HTC first’), the text “first” is written in fonts and colour used at Facebook. Also, the capacitive buttons are slightly different than the usual Android based buttons. Facebook has already attempted integration inside Android with the HTC Chacha and HTC Salsa with dedicated Facebook buttons. With the HTC First, it appears be a different ball game.

The HTC first also has a front facing camera and round home button. We believe that Facebook will announce new experience offering first smartphone at the special event later this week.

Two things would be really interesting to see – how deep is the Facebook integration over the Android code with ample privacy options and the price of the device.