RIM recently showed the new BlackBerry 10 build at the BlackBerry Jam 2012 Conference and promised to release first device early 2013. While RIM is still developing the BlackBerry 10 and handsets, a promo video gives a sneak peak to future devices.

CrackBerry spotted the promo video on Vimeo which was later pulled down. It is difficult at this moment to judge whether it was a fan-made or authentic video. 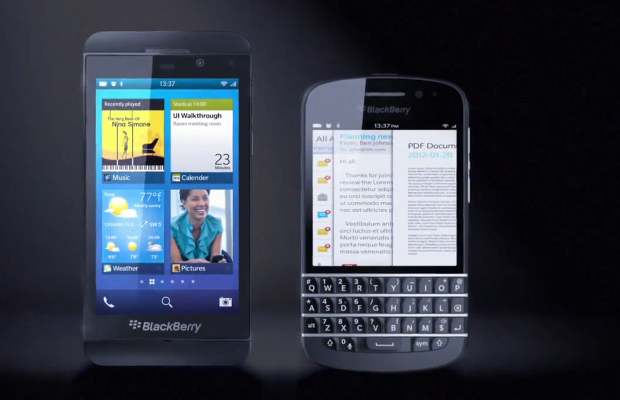 The promotional video about BlackBerry 10 OS hints at a new N-series device. There is one full touch screen device and another is touchscreen-Qwerty hybrid device – just like BlackBerry Bold Touch 9900. Out of these two devices, one has a full touchscreen display. The video showed simplistic navigation and integration of other services such as Twitter inside the BlackBerry 10 OS.

Along with the full touchscreen devices, there is a mockup of a Qwerty keyboard bearing BlackBerry smartphone with BlackBerry 10 OS on it. This device has a large touchscreen display and just below it is a four row Qwerty keyboard. Though it is a mockup, the design certainly is interesting. If it stands true, RIM will finally drop its famous trackball and optical trackpad from its Qwerty smartphones.

The Mobile Indian had reported about two L-series touchscreen devices with BlackBerry 10 running on it. Now the new N-series might be targeted at the physical keyboard frenzy audience. Apparently, the video has been taken down but luckily Slashgear managed to save a copy of it