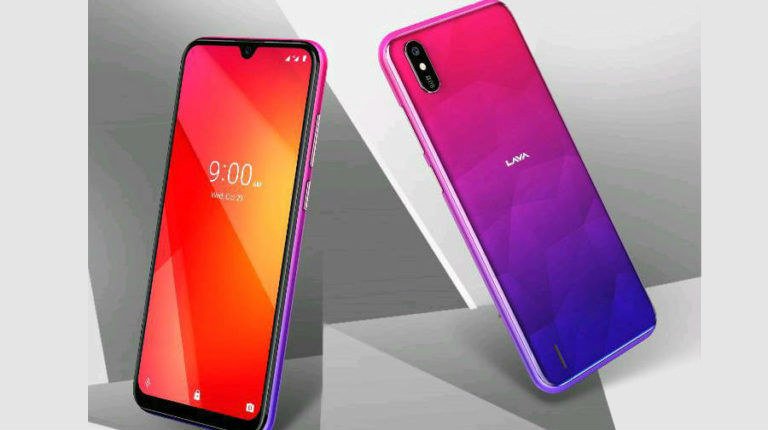 Lava has announced the launch of its new smartphone under Z series- Lava Z53. The smartphone is priced at Rs 4,829 and it is available for sale in the country via offline stores.

Reliance Jio is providing an instant discount of Rs 1,200 for the buyers of the Lava Z53 in the form of recharge vouchers and an additional 50GB of 4G data. These benefits are valid only the Rs 199 and Rs 299 recharges.

The Lava Z53 has a 6.1-inch dew drop notch display with an aspect ratio of 19:9 and 1280 x 600 pixel resolution. It is powered by 1.4GHz Quad-core SC9832E processor with Mali 820MP1 GPU. The Lava Z53 also comes with facial recognition technology to unlock the device by scanning the face of the user that is claimed to unlock the phone in under 0.4 seconds but it doesn’t feature a fingerprint sensor.

On the camera front, Lava Z53 has an 8-megapixel rear camera with dual LED flash and a 5-megapixel front-facing camera which is housed inside the waterdrop notch for selfies and video calling. The smartphone is powered by a 4,120mAh battery that should last an entire day. It runs on Android 9.0 (Pie).

Lava launched Lava Z71 this month for Rs 6,299. The smartphone is priced at Rs 6,299 and it is available in Ruby Red and Steel Blue colour options on Flipkart. It features a 5.7-inch HD+ Dot Notch display with a screen resolution of 1520 x 720 pixels and 19:9 aspect ratio. The device is powered by 2GHz quad-core MediaTek Helio A22 16nm processor coupled with 2GB of RAM and 32GB of internal storage. It has a dual-camera setup of 13-megapixel primary lens and a 2-megapixel secondary shooter. For the front, there is a 5-megapixel sensor with soft flash. The smartphone runs on Android 9.0 Pie and it is juiced up by a 3200mAh battery.