The Lava Z1 comes in Blue and Red colours and is priced at starting Rs 4,999.

Lava Z1 will go on sale in India on February 5, the Amazon page has revealed. Lava recently launched its new range of Z “Made in India” smartphones – Lava Z1, Lava Z2, Lava Z4 and Lava Z6.

As per the Amazon listing, the Lava Z1 will officially go on sale from February 5 in India. Till now only Lava Z2, Lava Z4 and Lava Z6 were available for purchase on Amazon. Now the sale date of Lava Z1 on amazon has also been revealed.

The Lava Z1 comes in Blue and Red colours and is priced at starting Rs 4,999. The device can also be purchased from Lavamobiles.com and offline stores. 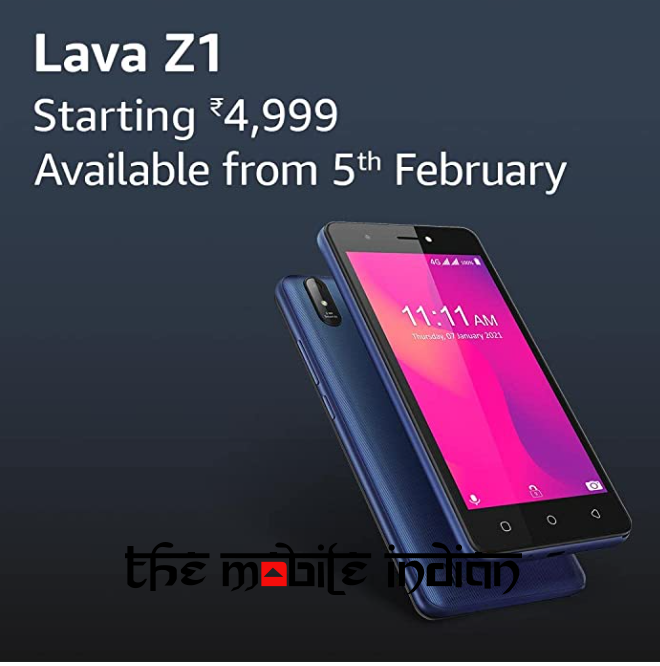 Lava Z1 features 5-inch display with480×854 pixel resolution and Corning Gorilla Glass 3 protection. It is powered by 1.8GHz Quad-CoreMediaTek Helio A20 processor. The phone has 2GB RAM, 16GB internal storage and expandable memory up to 256GB with microSD.