Lava has today announced the launch of its new range of Z “Made in India” smartphones – Lava Z1, Lava Z2, Lava Z4 and Lava Z6.

Lava has announced a customise option for their users where one can customise their smartphones through a new programme called My Z. The My Z program will allow users to select specifications like camera, memory storage capacity and colour on their phone as per their choiceon the official myZ website.

Then there is Z Up programme as well which is only valid for Z2, Z4, and Z6 smartphones. This programme will allow you to upgrade your phone with more RAM and storagewithin a yearby paying a nominal cost insteadof the phone’s actual price.

“The world’s first customisable phone from Lava will enable customers to choose from up to 66 combinations of camera, RAM, ROM and colour. This will give them freedom of choice based on what they think suits their usage. They can customise and upgrade their smartphone at any time based on their need,” Lava International, president and business head, Sunil Raina said.

Lava Z1 features 5-inch display with480×854 pixel resolution and Corning Gorilla Glass 3 protection. It is powered by 1.8GHz Quad-CoreMediaTek Helio A20 processor. The phone has 2GB RAM, 16GB internal storage and expandable memory up to 256GB with microSD. It comes with a military grade certification.

Lava Z2 features a 6.51-inch HD+ display with a screen resolution of 1600 x 720 pixels, 20:9 aspect ratio and Corning Gorilla Glass 3 protection. The device is powered by 2.3GHz Octa-Core MediaTek Helio G35 processor coupled with 2GB of RAM and 32GB of internal storage. The storage is expandable up to 512GB with microSD via micro sd card slot. 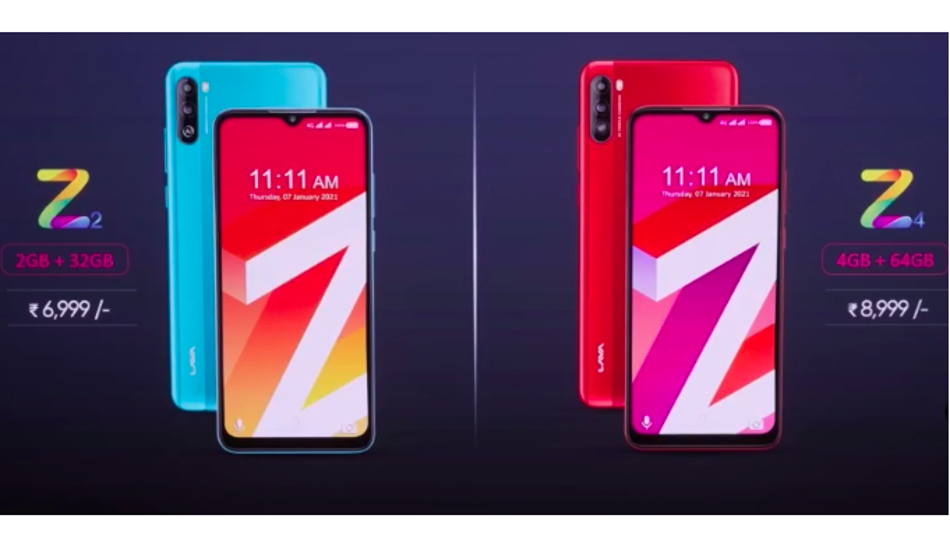