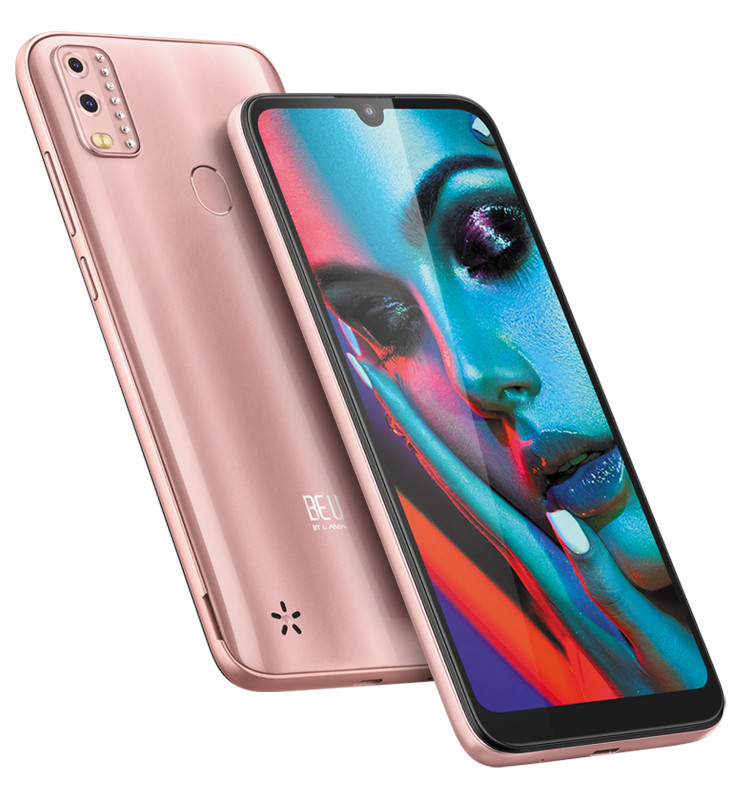 Lava BeU is designed keeping the needs of women in mind.

Lava has today announced the launch of its latest budget-centric smartphone, the Lava BeU Android Go Edition. The Lava BeU is priced at Rs 6,888 and it is a women-centric phone.

Lava BeU is designed keeping the needs of women in mind. The phone comes in classy design, diamond-studded camera & an in-built safety app to offer you protection along with its in-depth tutorials.

The Lava BeU comes with a 6.08-inch HD+ display with a screen resolution of 1560 x 720 pixels and 19.5:9 aspect ratio. The smartphone is powered by a 1.6GHz octa-core processor with IMG8322 GPU. The phone is loaded with 2GB of RAM and 32GB of internal storage. The memory can be further expanded up to 256GB via microSD card slot.

The Lava BeU runs on Android 10 Go operating system. It comes with 4060mAh removable battery. The phone also comes with a fingerprint sensor at the back.