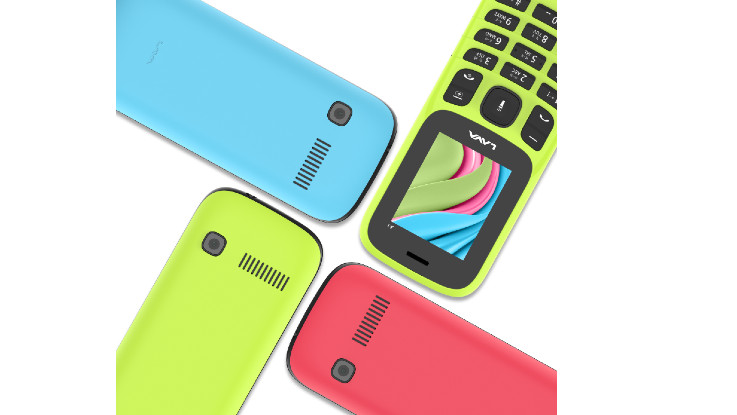 The latest feature phone comes with a price tag of Rs 999 and it will be available in three colour options including Light Blue, Green and Magenta Red.

Lava International Limited has today announced the launch of its new feature phone marking the special occasion of Holi. The company has introduced the Lava A1 Colors feature phone in the country.

The latest feature phone comes with a price tag of Rs 999 and it will be available in three colour options including Light Blue, Green and Magenta Red. The company has revealed that it is offering a one-year replacement guarantee with Lava A1 Colors. The feature phone comes loaded with a polycarbonate body.

The feature phone is loaded with a 1.8-inch TFT display with a screen resolution of 128 x 160 pixels. Furthermore, it comes with contact photos and icon support. The feature phone supports seven Indian languages including English, Hindi, Tamil, Telugu, Kannada, Punjabi and Gujarati.

The device comes with an 800mAh battery, which the company claims delivers up to three days of battery backup. The Lava A1 Colors comes with instant torch function along with auto call recording feature. On the camera front, it is loaded with a 0.3-megapixel sensor at the back panel. Apart from this, it features Calculator, Stopwatch, Calendar and Alarm.

On the camera front, Lava Z53 has an 8-megapixel rear camera with dual-LED flash and a 5-megapixel front-facing camera which is housed inside the waterdrop notch for selfies and video calling. The smartphone is powered by a 4,120mAh battery that should last an entire day. It runs on Android 9.0 (Pie).