Though they are available for around the same price, are they any different in terms of features? Read on to know more.

Karbonn has announced its latest flagship smartphone which is named as the Titanium X. It is being looked at the answer of Karbonn to the Micromax Canvas Turbo. So let’s have a look at the two flagship phones of desi giants and see which of them fare better in a head to head contest.

Micromax Canvas Turbo is a beautifully crafted smartphone. Its metallic and curvy body gives it a rich look. The Karbonn Titanium X has a plastic body and comes with a unibody design and curved edges. The Turbo comes with 71×128.3×8.6 mm dimension while the Karbonn Titanium X measures 70.5×143.9×9.9 mm (width, height, thickness). Clearly, the Titanium X is much taller than the Canvas Turbo but the later is thinner and wider. Both the phones though come with 5 inch capacitive touchscreens that too with full HD (1920×1080 pixels) resolution. Also, both these phones use IPS-LCD panels, so expect good viewing angles in both the handsets.

Here too, the two phones look like carbon-copy of each other as both of them have 13 megapixel rear auto focus camera and 5 megapixel front camera. The Karbonn Titanium has though a bit of advantage here as its front camera also comes with support of a flash which will help you click selfies in low light as well. Also, the Titanium X has dual LED flash for its rear camera against single LED flash support in Canvas Turbo.

Of course these does not mean Titanium X is far better than Canvas Turbo when it comes to camera quality, which we can only tell once we review the two phones.

The Canvas Turbo has huge 2 GB RAM against 1 GB of Titanium X. However, the Karbonn smartphone has 16 GB ROM and 32 GB micro SD card slot while the Micromax Canvas Turbo has now expandable storage slot to beef up its 16 GB built-in memory. 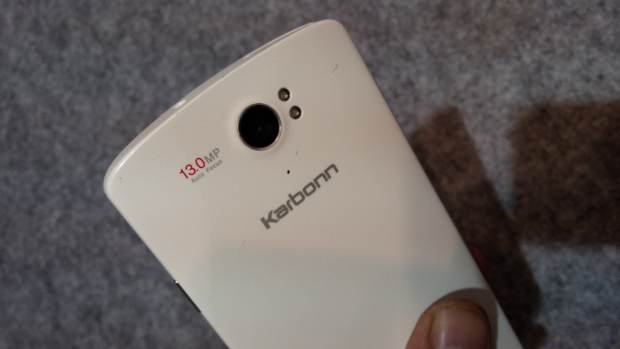 Both the phones come with Android 4.2 Jelly Bean operating system as well as the same 1.5 GHz quad core Mediatek processor. However, the Canvas Turbo has huge 2 GB RAM which gives it an edge over the Karbonn Titanium X which has only 1 GB RAM. The Micromax Canvas Turbo comes with a 2000 mAh battery which said to provide 7 hours of talktime and 105 hours of standby. On the other hand, the Karbonn Titanium X has a much bigger 2300 mAh battery. Though Karbonn has not revealed the battery output in exact terms, we hope its battery to provide atleast similar back up as that of Canvas Turbo as both phones have same 5 inch screen and processor.

Both the phones come with regular Android connectivity features like Bluetooth, WiFi with hotspot capability, micro USB, GPS, and 3G. However, Karbonn Titanium X has NFC (Near Field Communication) as an added communication facility. But NFC is yet to be used in a mass scale and its use is restricted a lot, so it is not wise to choose Titanium X over Canvas Turbo for NFC capability. Both the phones have almost equal features. So primarily you have to decide whether you want to have a metallic body based phone or a plastic one. Also though 1 GB RAM is sufficient, who would not like some more muscle in form of 2 GB RAM of Canvas Turbo. However, what matters most is storage and in that area the Titanium has a big edge over the Micromax Canvas Turbo with its 32 GB expandable memory slot. 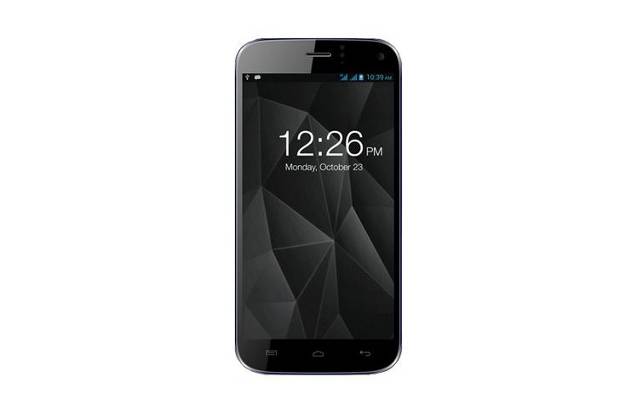 Currently, Canvas Turbo is available for about Rs 18,000 while the Karbonn Titanium X has been launched for Rs 18,490.