The Karbonn Titanium Wind W4 has a 4 inch LCD display with 480×800 pixels resolution. It is based on the Windows Phone 8.1 operating system, backed by a 1.2 Ghz quad core Qualcomm Snapdragon processor, 4 GB ROM, and 512 MB RAM. It has a 5 megapixel rear camera and a VGA front camera. Besides, it has 3G, WiFi, Bluetooth, GPS, and a micro SD card slot. 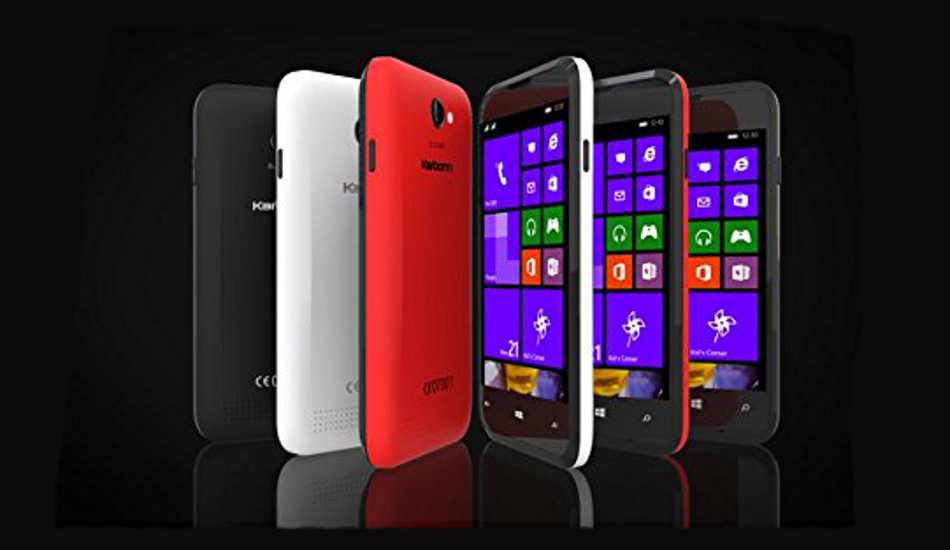 Earlier, Micromax has announced two Windows smartphones, Cavnas Win W121 and Canvas Win 092. The Micromax’s Canvas Win W121 is already available in the market for around Rs 9,000. However, the Win 092 is yet to be launched. As reported by TMI earlier, the Micromax Canvas Win 092 has a 4-inch screen, 1500 mAh battery, Snapdragon 200 quad core processor, 1 GB RAM, and dual SIM capability. It has a 5 megapixel rear camera with flash and a 0.3 megapixel front camera.