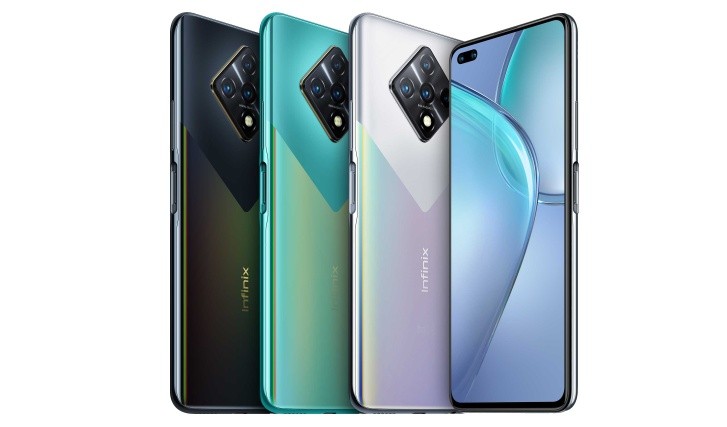 Infinix Zero 8 is loaded with a 6.85-inch full HD+ display with 90Hz refresh rate and 180Hz touch sampling rate. The smartphone is powered by a MediaTek Helio G90T octa-core processor.

Infinix has announced the launch of a new smartphone, the Zero 8, in Indonesia. The smartphone comes with a price tag Rp. 3,799,000, which roughly translate to Rs 19,250. The smartphone is available for purchase in Black and White colour options.

Coming to the specifications, the Infinix Zero 8 is loaded with a 6.85-inch full HD+ display with 90Hz refresh rate and 180Hz touch sampling rate. The smartphone is powered by a MediaTek Helio G90T octa-core processor.

The Infinix Zero 8 comes with an 8GB of RAM and 128GB of internal storage, which can be further expanded via microSD card slot.

The phone runs on Android 10 with company’s custom XOS 7 running on top of it. It is backed by a 4500mAh battery with 33W fast charging support. There is a side-mounted fingerprint sensor embedded in the power button and it supports Face Unlock as well.