Infinix Zero 5G to launch in India on February 14

Infinix Zero 5G India launch date has been set for February 14. A micro-site has gone on live on e-commerce platform - Flipkart. 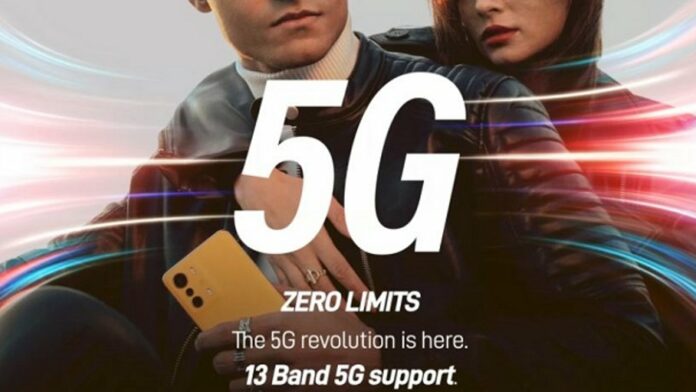 Infinix is all set to launch its next smartphone- Infinix Zero 5G in India on February 14. The smartphone will be the brand’s first 5G smartphone to be launched in India.

Further, the listing has also revealed some of the key Infinix Zero 5G specifications. The Infinix Zero 5G will be powered by a MediaTek Dimensity 900 SoC. Im addition, it has also been confirmed that the phone will be equipped with a 48-megapixel triple camera setup at the rear.

The company’s CEO Anish Kapoor in a recent interview revealed that the phone could debut at less than Rs 20,000. We should know the exact pricing in the coming weeks.

Earlier leaks have suggested that the phone will feature a 6.67-inch OLED display that offers a Full-HD+ resolution, a 1080 × 2460 pixel resolution and a 120Hz refresh rate. Furthermore, it will be powered by the MediaTek Dimensity 900 SoC along with up to 8GB of RAM and 128GB of storage.

The rear camera setup of the device may consist of a 48-megapixel main camera, an ultrawide lens, and a telephoto snapper. It may feature a front camera of 16-megapixel for selfies and video calls.

In terms of battery life, the phone is also tipped to have a 5,000mAh battery with 33W fast charging support. Lastly, it will come with XOS 10 on top of Android 11.