The Infinix Zero 5G will begin receiving the Android 12 update on August 31 in India. It was launched in India in February. 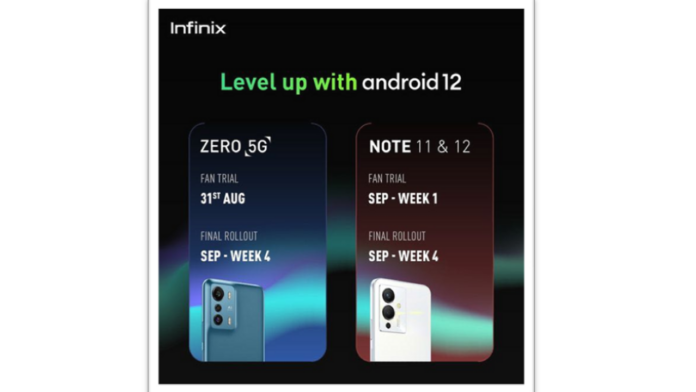 Infinix, the smartphone brand owned by Transsion Group has announced to roll out Android 12 on its Zero 5G as well as the Note 11 and Note 12 models. Infinix Zero 5G was launched in India earlier this year with Android 11-based XOS 10 on top. It was the brand’s first device with 5G connectivity.

Both the official and beta versions of Android 12 will be released gradually in batches. According to the company, the rollout will take place through a Fan’s beta version from Aug 31 for Zero 5G and the first week of September on Note 11 and 12 devices.

The Android 12 update will bring privacy and security improvements to all these Infinix devices. The brand aims to finish the final rollout of the software update on all the models by the fourth week of September.

In addition, the phone is backed by a 5,000mAh battery with 33W fast charging support. For security, it has a side-facing fingerprint scanner. The phone also has face recognition as well.

For photos and videos, the phone comes with a triple rear camera setup with a 48-megapixel primary sensor. In addition, there is a 13-megapixel telephoto sensor and a 2-megapixel depth sensor with a quad-LED flash. For selfies and video calls, the device uses a 16-megapixel shooter. It has dual front flash. 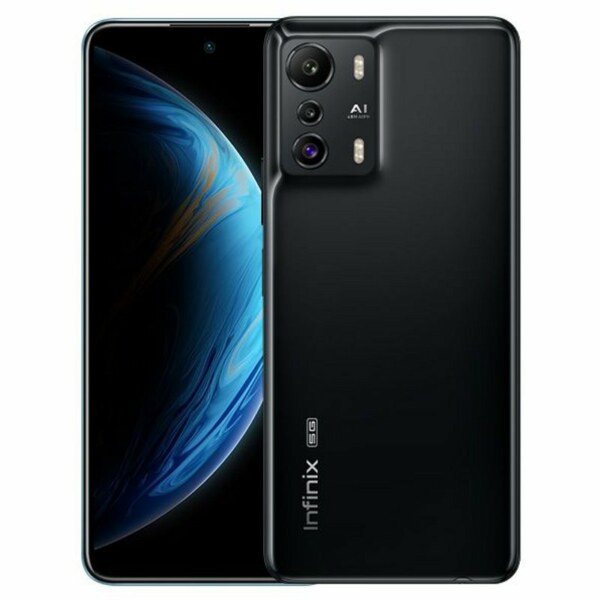