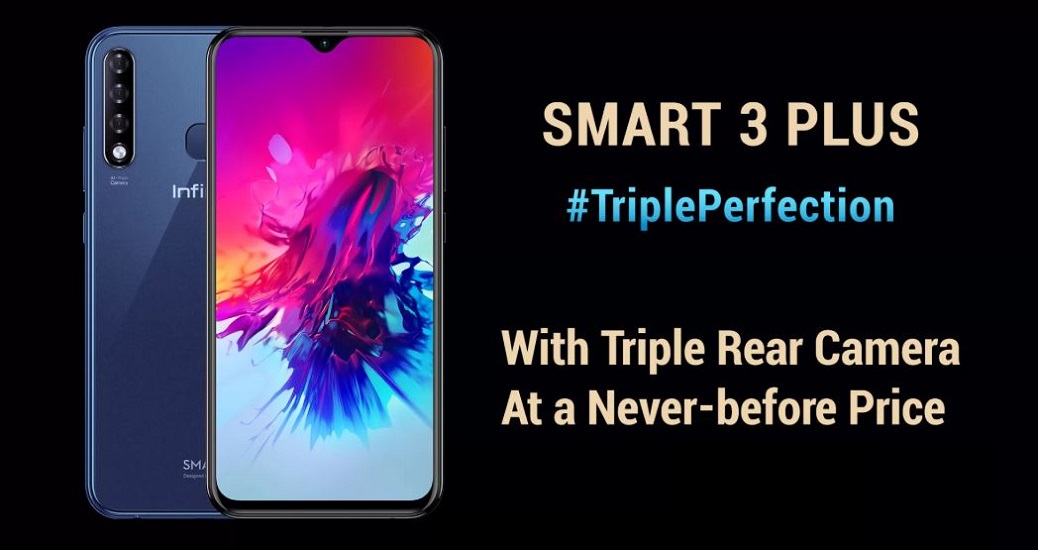 The product page of Infinix Smart 3 Plus has already gone live on Filpkart.

Infinix is all set to launch its new smartphone in India named as Infinix Smart 3 Plus tomorrow, 23rd April at 12 Noon. The product page of the smartphone has already gone live on Filpkart. As of now there is no word on its pricing and specifications. However, as per the product page, the Smart 3 Plus smartphone will come equipped with AI triple rear camera setup with LED flash light. The company claims that the camera is capable of taking amazing night shots. The smartphone will have drew-drop display.

As far as other specifications of Infinix Smart 2 are concerned, it has 5.45-inch HD+ Full View display with a screen resolution of 720 x 1440 pixels and comes equipped with 1.5GHz quad-core MediaTek 6739 processor. The device comes with an option to expand the storage up to 128GB via microSD card slot. The also has a face unlocking feature, however it lacks a fingerprint sensor. For the optics, the Smart 2 has 13-megapixel rear camera with f2.0 aperture with Dual LED Flash and 8-megapixel front camera with Dual LED Flash as well. The smartphone runs on Android 8.0 Oreo based on company’s own XOS v3.3.0 operating system and gets its power from non-removable 3050mAh battery. Connectivity options include dual sim, 4G VoLTE, Wi-Fi 802.11 a/b/g/n/ac, Bluetooth 4.2, micro USB, GPS, and GLONASS.