The budget smartphone from Huawei is equipped with a 5.45-inch HD+ display with a screen resolution of 1440 x 720 pixels along with 18:9 aspect ratio and 295ppi pixel density.

Huawei has announced the launch of its second Android Oreo (Go Edition) smartphone. Dubbed as Huawei Y5 Lite, the smartphone has been launched in Pakistan at a price tag of PKR 16,500, which roughly translate to Rs 8,240.

The smartphone will be available in Blue and Black colour options and it is loaded with some entry-level specs and features. The budget smartphone from Huawei is equipped with a 5.45-inch HD+ display with a screen resolution of 1440 x 720 pixels along with 18:9 aspect ratio and 295ppi pixel density. 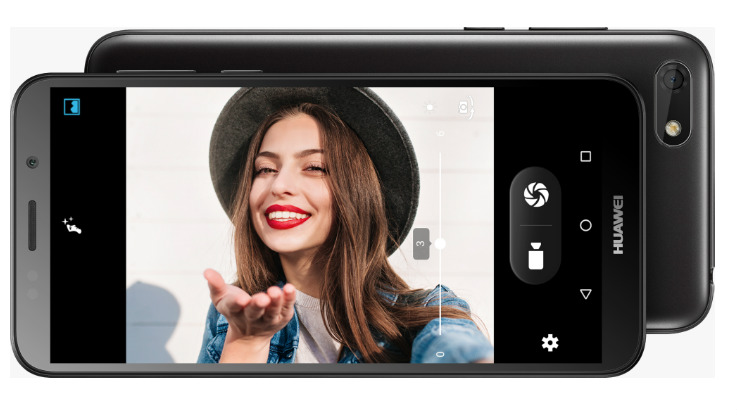 The smartphone is powered by a quad-core MediaTek MT6739 processor. It is backed by a 1GB of RAM and 16GB of internal storage, which can be further expanded up to 256GB via microSD card slot. The phone runs on a toned down version of Android Oreo, meaning that users will still get stock Android experience, which is optimised for such budget devices.

On the camera front, it is equipped with an 8-megapixel rear camera with f/2.0 aperture, autofocus and LED flash. For the front, there is a 5-megapixel shooter with f/2.2 aperture and LED flash. The Huawei Y5 Lite is juiced up by a 3020mAh battery and the company has bundled a 5V/1A charger as well. On the connectivity front, it supports 4G VoLTE, GPS, GLONASS, WiFi 802.11 b/g/n, Bluetooth 4.2, BLE, microUSB port, headphone jack and dual-SIM. The phone measures 146.5 x 70.9 x 8.3 mm and weighs 142 grams.