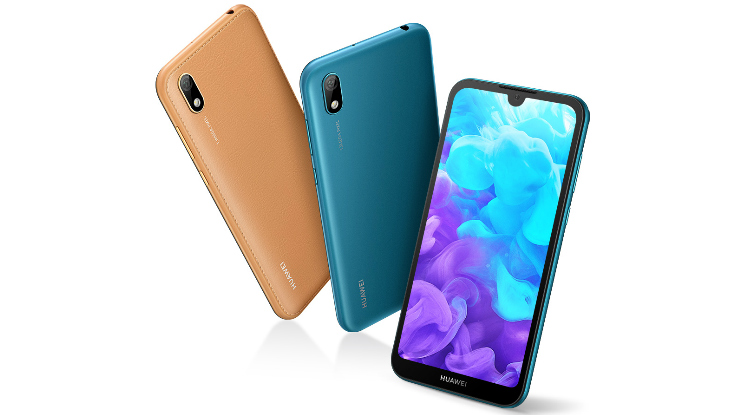 The new smartphone from Huawei comes loaded with a faux-leather finish, which the brand claims is anti-fingerprint, wear and dust resistant in nature.

Huawei has announced the launch of a new budget-centric smartphone, known as Huawei Y5 (2019). The company has not revealed the pricing and availability of the smartphone at the time of writing.

The new smartphone from Huawei comes loaded with a faux-leather finish, which the brand claims is anti-fingerprint, wear and dust resistant in nature. The smartphone is equipped with a 5.71-inch HD+ Dewdrop display with a screen resolution of 1520 x 720 pixels along with 84.6 per cent screen-to-body ratio. It will be available in Midnight Black, Sapphire Blue, Amber Brown and Modern Black colour options.

The Huawei Y5 2019 is powered by a quad-core MediaTek Helio A22 processor along with IMG PowerVR. It phone is backed by a 2GB of RAM and it comes in two storage options, 16GB and 32GB. The memory can be further expanded with the help of a microSD card slot.

The smartphone features a 13-megapixel rear camera with f/1.8 aperture and an LED flash. For the front, there is a 5-megapixel shooter with f/2.2 aperture for selfies and video calling. The phone runs on EMUI 9.0 and it is juiced up by a 3020mAh battery. On the connectivity front, the phone supports 4G VoLTE, Bluetooth, WiFi, GPS, GLONASS, dual-SIM, 3.5mm audio jack and microUSB port. The phone measures 147.13 x 70.78 x 8.45 mm and weighs around 146 grams.