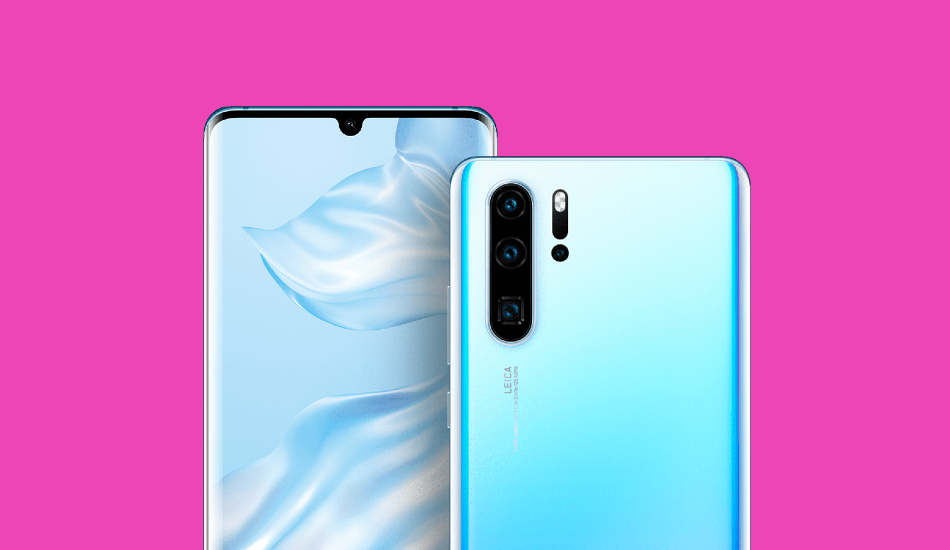 The Huawei P30 Pro isn’t just enhancing the details of the moon shot but also adding parts of pre-clicked imagery of the moon on the final photo. What this means is that the P30 Pro doesn’t exactly show the pictures you clicked but has bits and parts of photos that were previously clicked by someone else.

Late last month, Huawei announced the P30 Pro, its best product in the market yet which soon went on to be termed as the best smartphone camera by major reviewers. It was evident because Huawei was using a four-camera setup at the back which each of them performing specific functions that haven’t been made available in any other phone.

However, there’s one feature of the phone which has lately screamed some controversy and that’s the inbuilt Moon Mode. Moon Mode, like Huawei, says, in its official guide, “helps to adequately capture the beauty of the moon along with fine details like moonbeams and shadows”. This means users can use the Moon Mode to take close-up pictures of the moon which is possible through the phone’s periscope lens which is able to zoom in to up to 50X and an AI algorithm which enhances the details of the phone.

The twist arrived after a researcher Wang Yue working at Zhihuclaimed that the Huawei P30 Pro isn’t just enhancing the details of the moon shot but also adding parts of pre-clicked imagery of the moon on the final photo. What this means is that the P30 Pro doesn’t exactly show the pictures you clicked but has bits and parts of photos that were previously clicked by someone else.

For testing the theory and supporting his argument, Yue clicked several pictures of the moon at different angles using the Moon mode and also clicked non-Moon subjects as well. The report summed up that Moon Mode on the Huawei P30 Pro doesn’t click an original picture of the moon and instead captures a photo of the moon which is later enhanced with artificial elements to appear like a beautiful photo of the moon was captured by the user.

A simple example of this has been made by Android Authority which says that the Moon Mode on the P30 Pro is similar to a Snapchat filter which adds a cat ear to a person’s face. The difference here is that you know you don’t have cat ears but Huawei isn’t disclosing whether the picture clicked in Moon Mode is really the person’s original picture.

In a reply sent to Android Authority, Huawei responded by saying “Moon Mode operates on the same principle as other master AI modes, in that it recognizes and optimizes details within an image to help individuals take better photos. It does not in any way replace the image – that would require an unrealistic amount of storage space since AI mode recognizes over 1,300 scenarios. Based on machine learning principles, the camera recognizes a scenario and helps to optimize focus and exposure to enhance the details such as shapes, colours, and highlights/lowlights. This feature can be turned on or off easily while taking a photo. While there is a Moon Mode, the shot can still be taken without AI mode because of the periscope lens”.

This isn’t the first time, Huawei has been met by controversy as it has been busted for faking samples photos of its smartphone which were actually taken from a professional camera. The company was also found cheating users by modifying performance benchmarks of its smartphones.

The latest incident, if it is true, raises an important question for Huawei and that would be – Why does Huawei need to tweak the Moon mode for shady marketing when it has already manufactured the best camera on a smartphone? Do repeated controversies not teach anything to the Chinese company?

We were not able to independently verify the allegation as we don’t have the device with us.