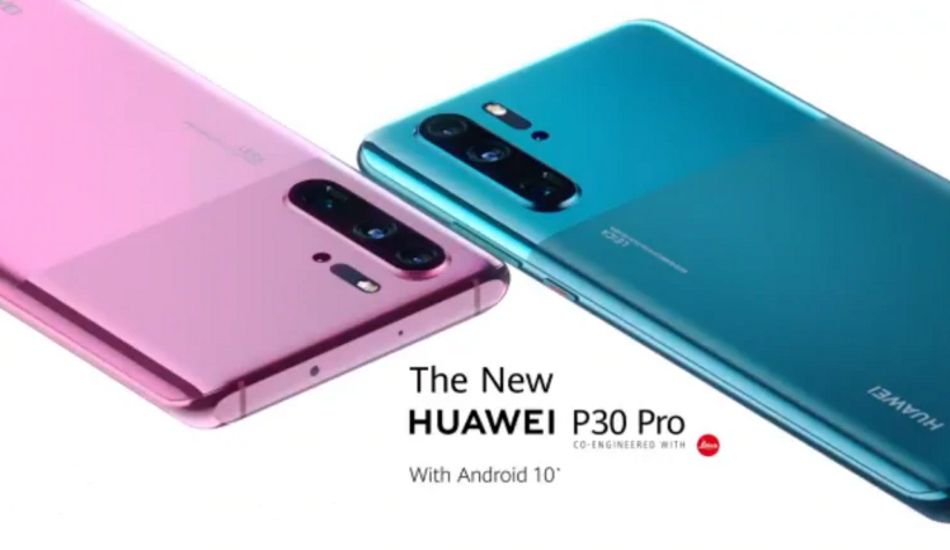 The new variants will come with the same internals as that of the Huawei P30 which was launched earlier this year.

As expected, Huawei has today launched a new P30 Pro smartphone at IFA 2019 in Berlin. The new P30 Pro comes in two new colours – Mystic Blue and Purple Mist. They each offer a two-tone designon the glass rear panel and a matt like texture effect on the bottom, which prevents the presence of fingerprints and spots.

The new variants will come with the same internals as that of the Huawei P30 which was launched earlier this year. The Huawei P30 Pro is currently available in India in Breathing Crystal and Aurora colours for a price of Rs 71,990 on Amazon India and Croma.

To recall, the Huawei P30 Pro is powered by octa-core HiSilicon Kirin 980 with 8GB of RAM and 128GB storage. It features a 6.47-inch OLED FullView Display with a resolution of 2340 x 1080 pixels, an aspect ratio of 19.5:9, waterdrop notch and an in-display fingerprint sensor.

The P30 Pro offers a 4,200mAh battery with 40W SuperCharge technology as well as 15W wireless charging. It runs EMUI 9.1 based on Android 9 Pie. It is water and dust resistant with IP68 certification.