Huawei recently launched Huawei Nova 4e in China. Now the company is working on another Nova series smartphone, which is dubbed as Huawei Nova 5i. The upcoming smartphone has now been spotted on Geekbench benchmarking website. The listing has revealed few specifications of the upcoming phone.

According to the Geekbench listing, the Huawei Nova 5i comes with model number GLK-LX3 and it is powered by octa-core Kirin 710 SoC clocked at 1.71GHz processor coupled with 4GB RAM. Apart from the chipset, the Geekbench listing also reveals that the smartphone will launch with the Android 9.0 Pie operating system. In the listing, has scored a single-core score of 1538 and a multi-core score of 5388. 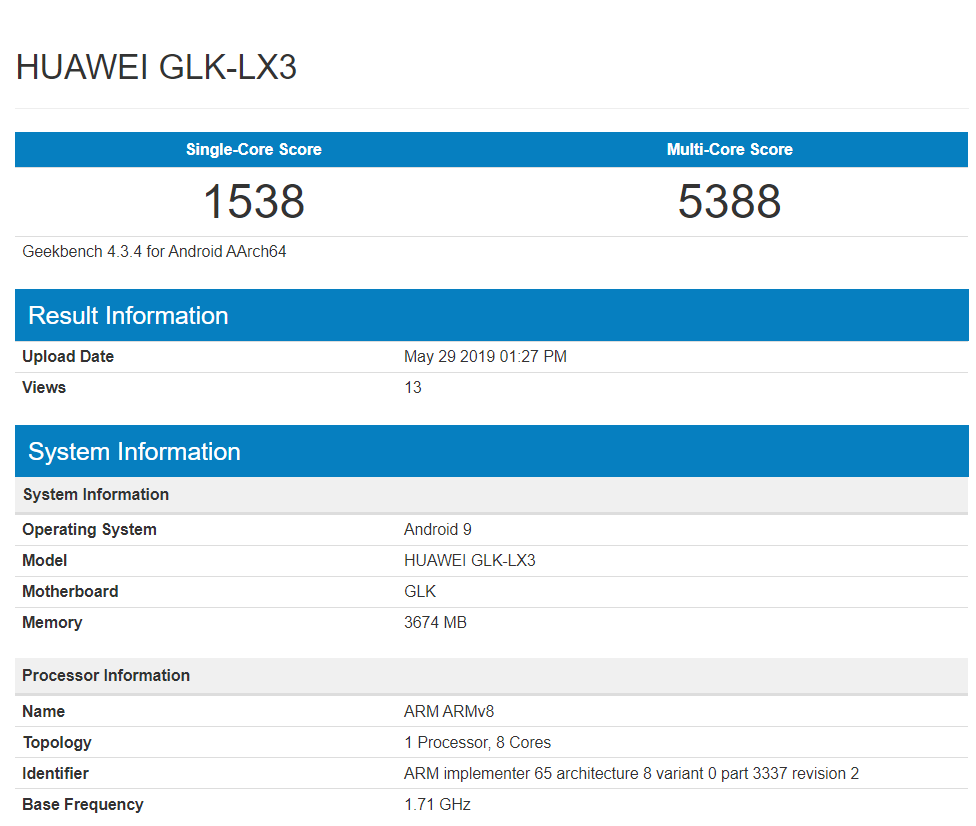 Huawei Nova 5i is rumoured to launch as the Huawei P20 lite (2019) in some regions. The phone has also received approval from National Communications Commission (NCC) authority in Taiwan. The listing has revealed its storage variants. As per NCC document, the Nova 5i will come with 4GB of RAM and 128GB internal storage. The storage of the device is expandable up to 512GB via microSD card. 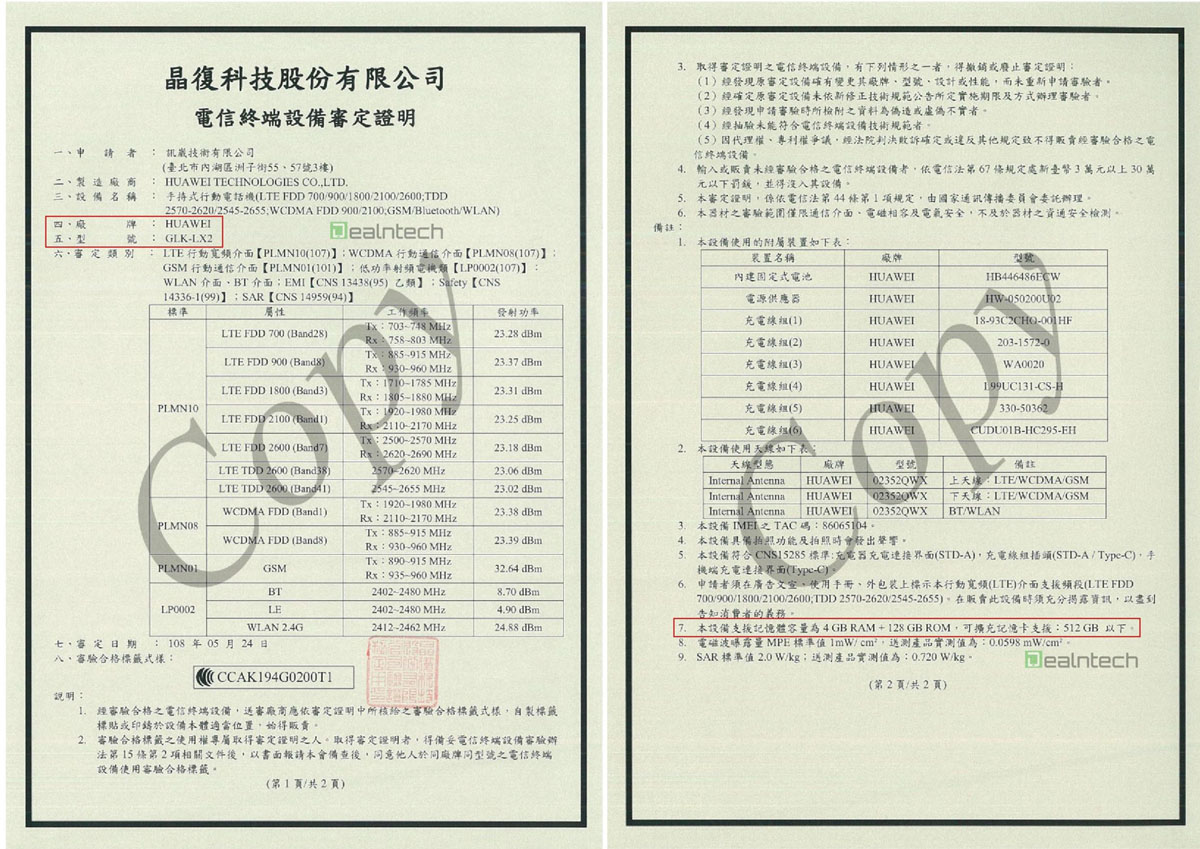 Apart from this, the Nova 5i has also been certified by the Federal Communications Commission (FCC) in the U.S. The FCC listing has revealed its battery size which will be 3900mAh. An earlier 3C certification of the smartphone had revealed that it will be shipped with a 10W charger in the box.