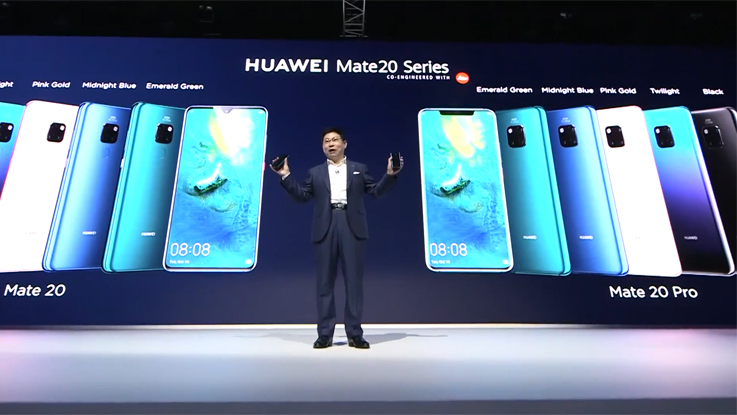 Both the smartphones come loaded with the triple-camera setup at the rear, which is placed in a square shape to give a different look as compared to its competition. The smartphones feature a 40-megapixel primary lens coupled with a 20-megapixel zoom sensor and 8-megapixel ultra-wide angle unit.

Huawei has announced the launch of its flagship smartphones in the Mate series. The brand has introduced Huawei Mate 20 and Huawei Mate 20 Pro in an event in London. The phones come in Emerald Green, Midnight Blue, Classical Black, Pink Gold and Twilight colour options. The company has also introduced theHuawei Mate 20 RS as well. 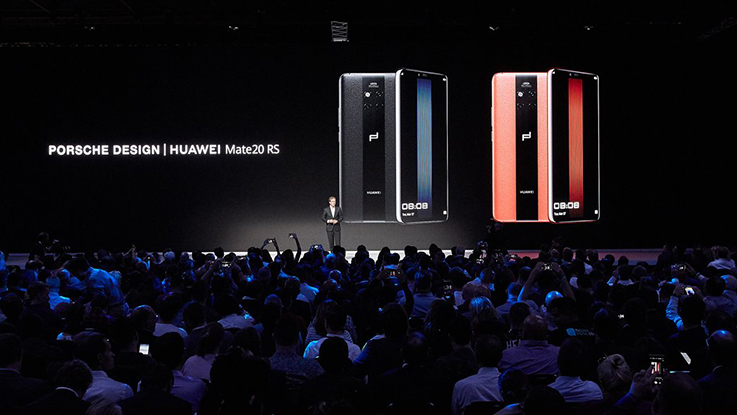 Both the smartphones come loaded with thetriple-camera setup at the rear, which is placed in a square shape to give a different look as compared to its competition. The Mate 20 Pro smartphones feature a 40-megapixel primary wide-angle lens coupled with a20-megapixel ultra-wide sensor and 8-megapixel 3x telephoto unit. The Mate 20 comes with a 16-megapixel primary lens coupled with the 12-megapixel secondary sensor and an 8-megapixel third sensor. With the Huawei Mate 20 Pro, users get a wide range of shots including macro photography at 2.5cm. Users get 16mm-270mm focal length range.

The company has also added different artistic modes in the video recording with the help of artificial intelligence processing power. Then there is spotlight cut mode, which simply means that users can simply select a face and the phone will cut the video showing that face only.The brand has also introduced 3D depth scanning, which allows users to scan different objects and with skeleton scan, it gives the ability to bring the object to live in the virtual mode. The object can do different actions like jump, run etc., and one can resize it as well.

There are two Neural Processing Units in this smartphone, which is meant to optimise and deliver crisp photos even in low light conditions. For the front, there is a 24-megapixel selfie shooter on both the phones. Further, the brand has addedIR sensor, dot projector, ambient light sensor, and flood illuminator in the Huawei Mate 20 Pro. Both the phones are the world’s first that supports nano-memorycard support.

The Mate 20 features a 6.5-inch Full HD+ LCD display with a screen resolution of 2340 x 1080 pixels and there is a waterdrop-like notch at the front, which is similar to what we have seen in Vivo and Oppo smartphones. The Mate 20 Pro packs 6.4-inch Quad HD+ AMOLED display with a screen resolution 3120 x 1440 pixels and there is a broad notch that houses IR sensor, front-facing camera, an earpiece and usual array of sensors.

Both the phones come with a stereo-speaker setup. The speakers are hidden in the USB Type-C port, while the other speaker doubles up as an earpiece. The Mate 20 Pro is the world’s first smartphone to support wireless charging. The phone is YouTube Signature Device, meaning that users can enjoy 4K videos, 360 videos and more. The phones support Google’s ARCore as well.

The Mate 20 is backed by a 4000mAh battery, while Mate 20 Pro is equipped with a 4,200mAh battery with fast charging support. The company has introduced a 40W charger that company claims that can charge the phones up to 70 per cent in just half an hour. The Mate 20 Pro comes with wireless charging support as well with Huawei 15W Wireless Fast Charge. Connectivity options include 4G VoLTE, Bluetooth 5.0, NFC, GPS, GLONASS, NFC, USB Type-C port, dual-band WiFi and faster LTE support.