Both the smartphones come loaded with similar specifications. The company has partnered with Leica for the dual rear cameras and there is a new AI engine which offers real-time scene and objects recognition. This basically helps in choosing the perfect camera setting for any environment or focal point. The AI engine also helps in translate text, voice, and images in 50+ languages. 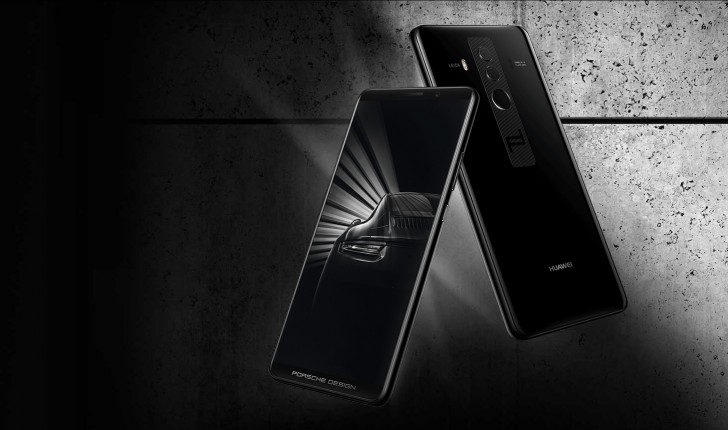 Starting with the display, both the smartphones sport a 6-inch Full HD+ FullView display with a screen resolution of 2160 x 1080 pixels along with 112 percent NTSC colour gamut. Both of them are powered by the 2.4GHz octa-core Kirin 970 processor along with Mali-G72 MP12 GPU. The Huawei Mate 10 Pro comes 4G/6GB of RAM and 64/128GB of internal storage, which can be further expanded up to 256GB via microSD card slot. The Porsche Design Mate 10 sports a 6GB of RAM and 256GB of internal storage.

On the camera front, both of them comes loaded with Leica-branded dual rear cameras, which comes with a combination of a 20-megapixel monochrome sensor along with a 12-megapixel RGB sensor. The RGB one sports Optical Image Stabilization (OIS) and both of them feature an aperture of f/1.6 along with PDAF, CAF, Laser AF and 4K recording. Front the front, there is an 8-megapixel shooter for selfies and video calling.

The smartphones come with a fingerprint sensor, which is present at the back panel. The phones run on EMUI 8.0 based on the latest Android 8.0 Oreo. Interestingly, the company has skipped EMUI 6 and 7 and has named its latest version as EMUI 8. On the battery front, both of them sports 4000mAh battery with fast charging. On the connectivity front, the phones support 4G VoLTE, Bluetooth 4.2 LE. GPS, dual-SIM, USB Type-C, NFC and WiFi 802.11ac.