HTC U Ultra now available for purchase in India at 59,990 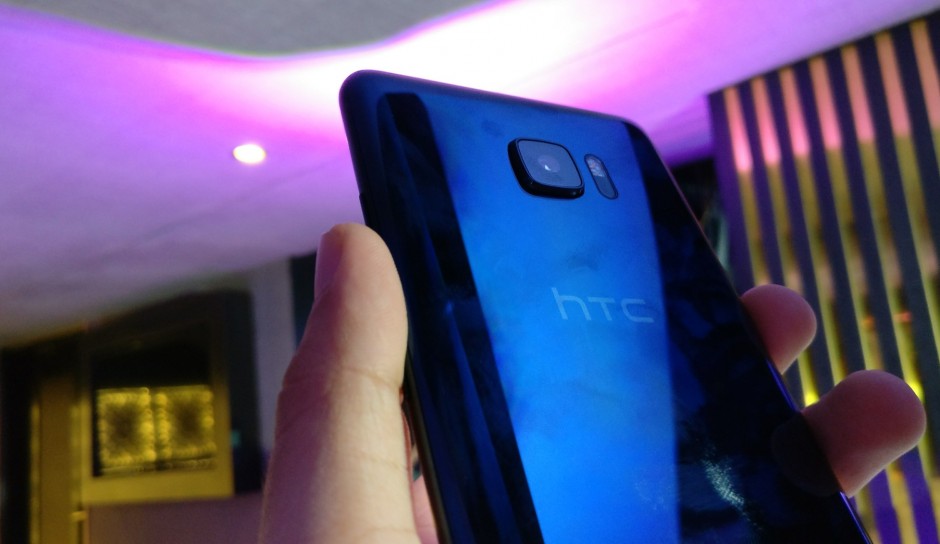 HTC U Ultra smartphone, which was announced for Indian market afew days back, is now available for purchase at 59,990 via HTC official estore. The Taiwanese giant unveiled the HTC U Ultra and U Playlast month in New Delhi. While the U Play will be out for sale sometime in Mid-march, the U Ultra is now up for grabs. The smartphone comes in two colour options- Sapphire Blue and Brilliant Black.

For the specs, the U Ultra sports a 5.7-inch QHD display with a screen resolution of 2560×1440 pixels along with a secondary display of 2.0-inch with 160×1040 pixels resolution. The secondary display functions similar to what we have seen in LG V20 in the past. Under the hood, the smartphone is powered by a Qualcomm Snapdragon 821 processor coupled with Adreno 530 GPU. The device is backed by 4GB of RAM and comes in two storage option namely 64GB and 128 GB, with an expandable storage option. 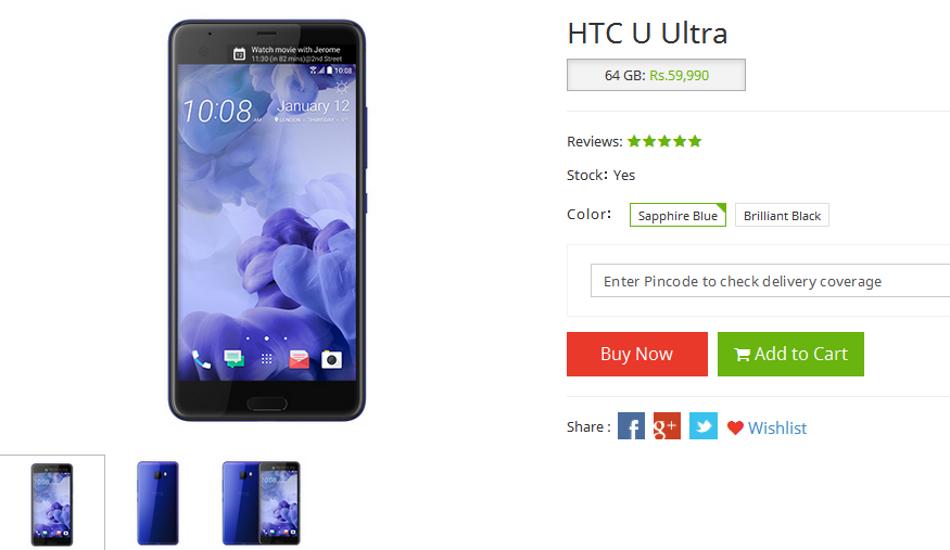 On the camera front, the device sports a 12-megapixel rear camera with 1.55-micron pixels, f/1.8 aperture, hybrid autofocus which include inbuilt phase detection autofocus and laser autofocus, OIS, dual tone LED flash. For the front, there is a 16-megapixel snapper with f/2.0 aperture, 28mm focal length. The device runs on Android 7.0 Nougat with HTC Sense on top of it and is juiced by 3000 mAh non-removable battery with Quick Charge 3.0. Further, The company has ditched the 3.5mm audio jack in favour of USB-C connector and a new feature known as HTC USonic, which analyses your inner ears with a sonar-like pulse to enhance the overall listening experience.