HTC launches U Ultra and U Play smartphones in India, price starts at Rs 39,990 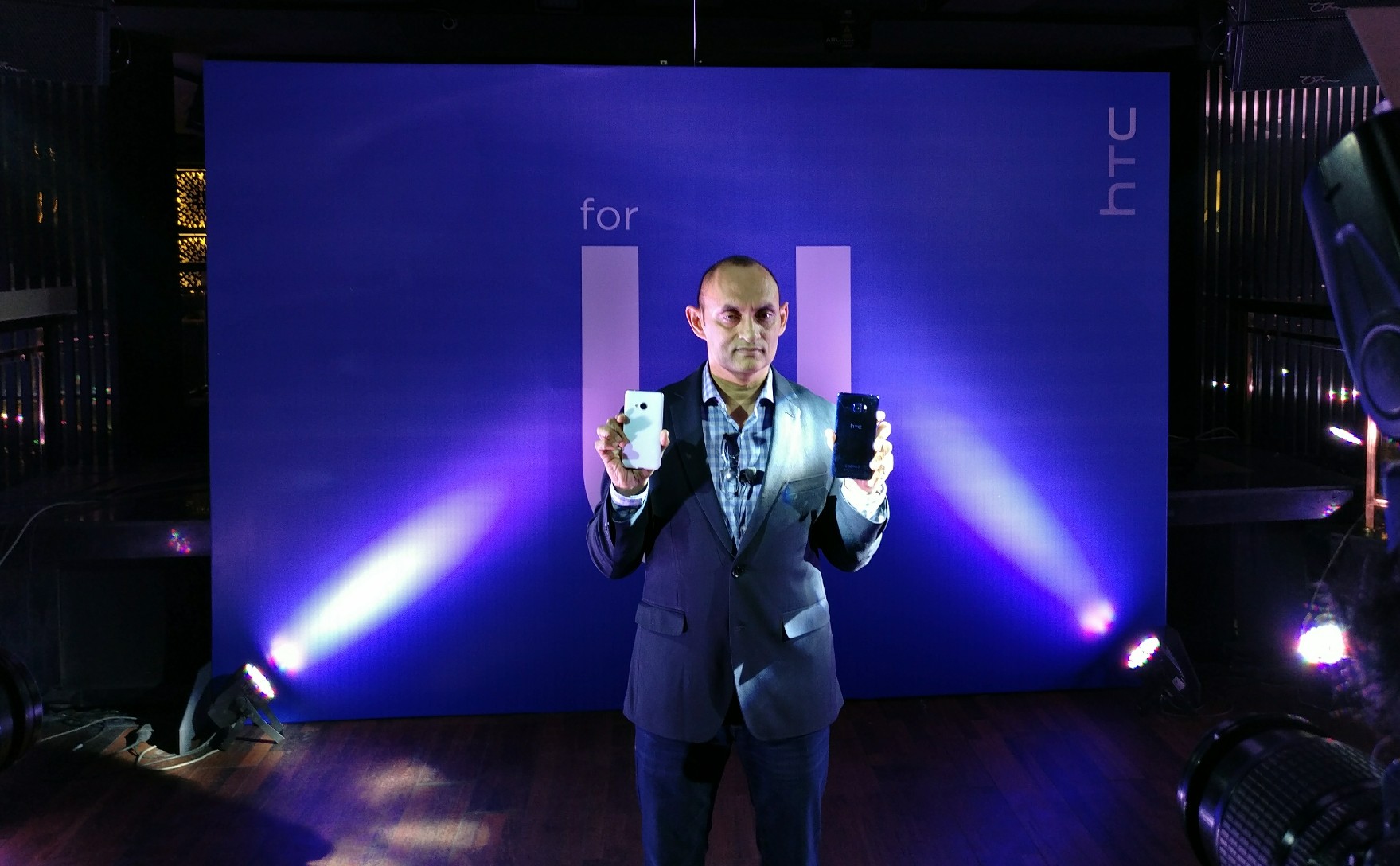 The device was first announced in the United States last month along with a cheaper variant named HTC U Play.

HTC finally launched its first smartphones of 2017, the U Ultra and U Play, today in India. The device was first announced in the United States last month along with a cheaper variant named HTC U Play. HTC Ultra is priced at Rs 59,990 and will available from March 5th, while U Play comes with a price tag of Rs 39,990 and will be available from mid-March.

For the specs, the U Ultra sports a 5.7-inch QHD display with a screen resolution of 2560×1440 pixels along with a secondary display of 2.0-inch with 160×1040 pixels resolution. The secondary display functions similar to what we have seen in LG V20 in the past. Under the hood, the smartphone is powered by a Qualcomm Snapdragon 821 processor coupled with Adreno 530 GPU. The device is backed by 4GB of RAM and comes in two storage option namely 64GB and 128 GB, with an expandable storage option.

On the camera front, the device sports a 12-megapixel rear camera with 1.55-micron pixels, f/1.8 aperture, hybrid autofocus which include inbuilt phase detection autofocus and laser autofocus, OIS, dual tone LED flash. For the front, there is a 16-megapixel snapper with f/2.0 aperture, 28mm focal length. The device runs on Android 7.0 Nougat with HTC Sense on top of it and is juiced by 3000 mAh non-removable battery with Quick Charge 3.0. Further, The company has ditched the 3.5mm audio jack in favour of USB-C connector and a new feature known as HTC USonic, which analyses your inner ears with a sonar-like pulse to enhance the overall listening experience.

The HTC U Play sports a 5.2-inch full HD display with a screen resolution of 1920×1080 IPS LCD display. The smartphone is powered by an octa-core MediaTek Helio P10 processor and will be made available in 3GB RAM and 32GB, and 4GB RAM/64GB storage options. On the camera front, the device is equipped with a 16-megapixel rear camera with BSI sensor, OIS, PDAF, f2/2.0 aperture, while for the front there is a 16-megapixel front shooter with f/2.0 aperture, 28mm focal length.

With the U series, HTC has introduced its own smart personal assistant with the name ‘Sense Companion’, which is built-in with all core applications. For instance, it will remind you to charge the device if your commute is fast approaching, recommend a good restaurant, unlock the phone with user’s voice, at up to 2-meter range, warn you about the weather and more.

Interestingly, a report recently confirmed that HTC will cut back on entry-level smartphones and focus more on premium and midrange smartphones for higher margin. Now though the media invite doesn’t reveal anything about the price, it will be interesting to see how the U Ultra is priced for the Indian market. Given the fierce competition in all kinds of segment combined with HTC’s latest strategy of higher margin smartphones, the smartphone will probably come with a premium price tag. Also, the omission of 3.5 mm headphone jack has started to be more prominent in HTC smartphones now with other manufacturers soon to follow.