As per a leaked document, HTC is expected to launch two more smartphones dubbed HTC One Max and HTC Desire 500 later this year.

Apart from One Mini, HTC will release two more smartphones this year, according to MobiFlip which cited a list of upcoming mobile phones, available at O2 (a leading mobile service provider in Europe). According to the list, HTC is to bring the One Mini, One Max and Desire 500.

The HTC One mini is rumored to be available in select regions in the first week of August. Previously leaked information about the HTC One Mini points that the device will carry the same aluminum form factor as the HTC One. The stripped down version of HTC One is said to feature a 4.3-inch display with 720p HD resolution. It will pack dual-core Qualcomm Snapdragon mobile processor and will run Android Jelly Bean update with the Sense 5.0 features. 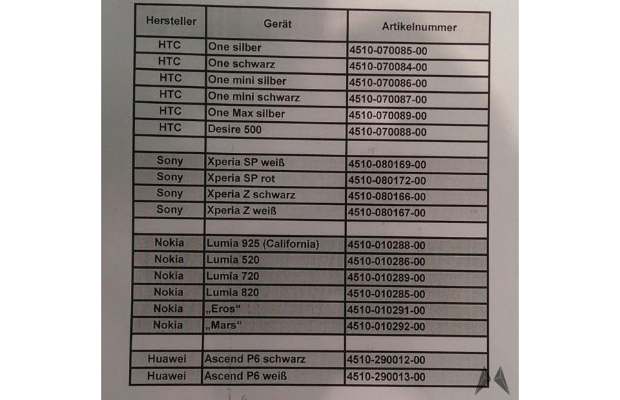 HTC One Max, on the other hand, will feature a 5.9-inch touchscreen display. HTC will pack a quad-core 2.3 GHz Qualcomm Snapdragon 800 mobile processor to power this device. Apart from that, the One Max will also have UltraPixel camera along with BoomSound experience. The overall hardware will be supported by a 3300 mAh battery. HTC is expected to make the One Max as thick as 9.4 mm. Hopefully HTC will load Sense 5.0 UI on Android 4.3 Jelly Bean MR2 for this phablet.

There will be another mid-range Desire device to join the Desire 200 and Desire 600 models. The new Desire 500 is expected with mid-range features while the Desire 200 would remain an entry level dual-SIM device. The Desire 500 can be expected to run Android 4.2 Jelly Bean with Sense UI on top of it.

As of now, the approximate timeline of these new handsets is not clear but we can expect both devices to be launched before the end of this year.