Honor V40 5G will be equipped with a quad-camera setup. It will be featuring a 50-megapixel camera, 8-megapixel ultrawide, 2-megapixel laser focus sensor, and 2-megapixel macro sensor.

Honor will be launching Honor V40 5G smartphone in China on January 18. Now ahead of the launch, the camera details for the upcoming flagship has been confirmed. 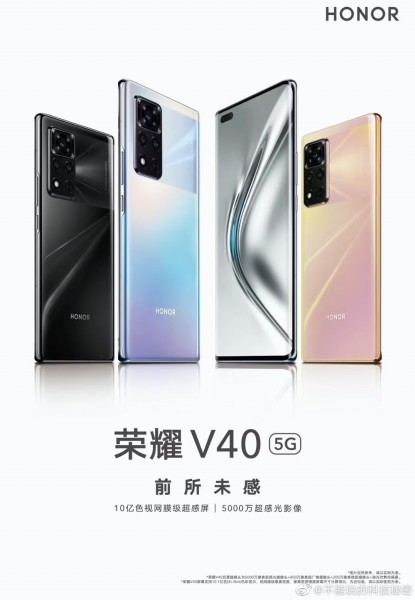 As per a recent Weibo postby the company, Honor V40 will come with a curved display. The shared teaser also revealed that the phone will come with dual punch-hole cameras.

The phone was recently spotted on Geekbench showingocta-core MediaTek Dimensity 1000+ processor clocked at 2.0Ghz. Thesmartphone will feature 8GB of RAM andAndroid 10 out of the box.