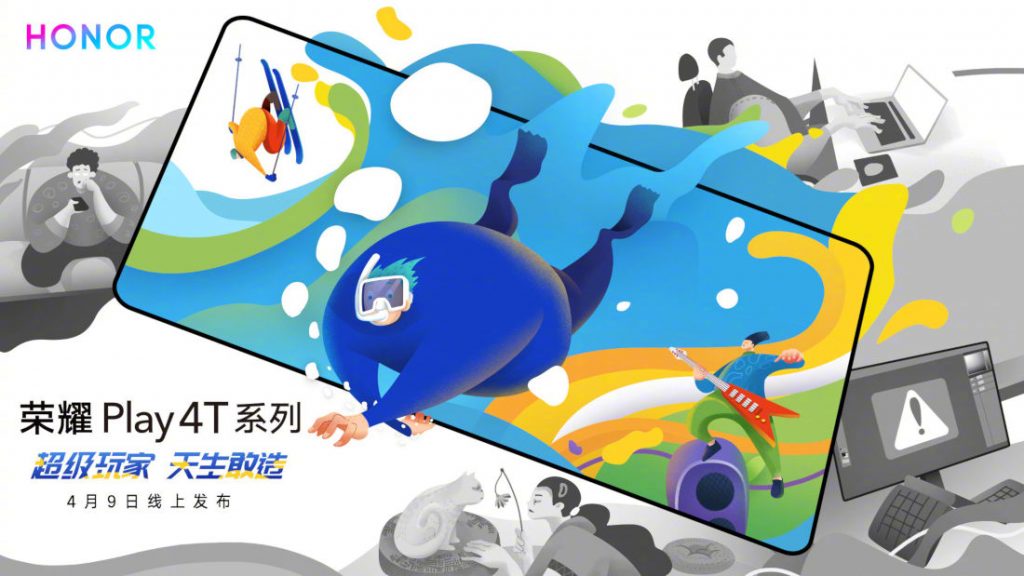 Honor Play 4T will come in green and blue colours.

Huawei sub-brand Honor has today announced that it will unveil Honor Play 4T mid-range smartphone in China on April 9. The Chinese firm will also launch the Honor 30 and Honor 30 Pro flagship smartphones on April 15.

The company has not revealed any specs of the upcoming Honor Play 4T in the launch poster. A tipster from China, Digital Chat Station, has now shared a poster of the phone to reveal its design. The leakster has also shared the key specs of the Honor Play 4T.

As per the leaked poster, Honor Play 4T will come with a waterdrop notch screen. The rear side of the device has three cameras and an LED flash. The phone can be seen in green and blue colours in the poster. 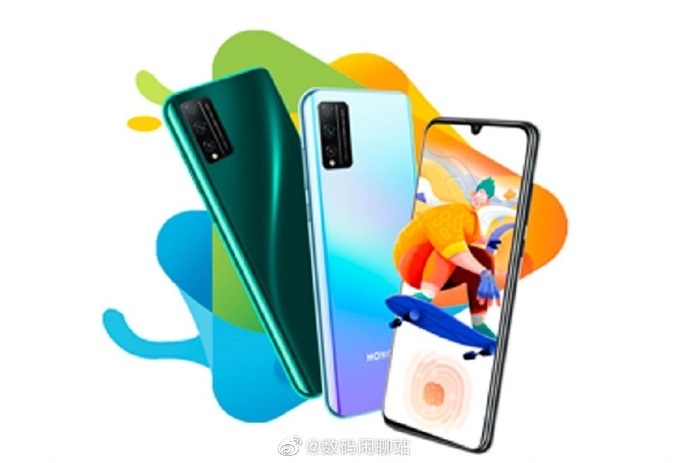 Along with the design, key specifications of the smartphone have also leaked online. As per the leak, Honor Play 4T will feature a 6.3-inch OLED Full HD+ display with 2400 x 1080 pixels screen resolution and 20:9 aspect ratio. It is said to be powered by the Kirin 810 processor clocked at 2.27 GHz, coupled with 6GB and 8GB RAM along with 128GB and 256GB internal storage.

For the camera, Honor Play 4T will feature a 48MP primary camera, an 8MP ultra-wide-angle camera, and a 2MP depth sensor. It will have a 16 MP selfie snapper.

The phone is said to be running Android 10 OS and is likely to have HMS support. The device will be powered by 4000mAh battery and support 22.5W fast charging technology.