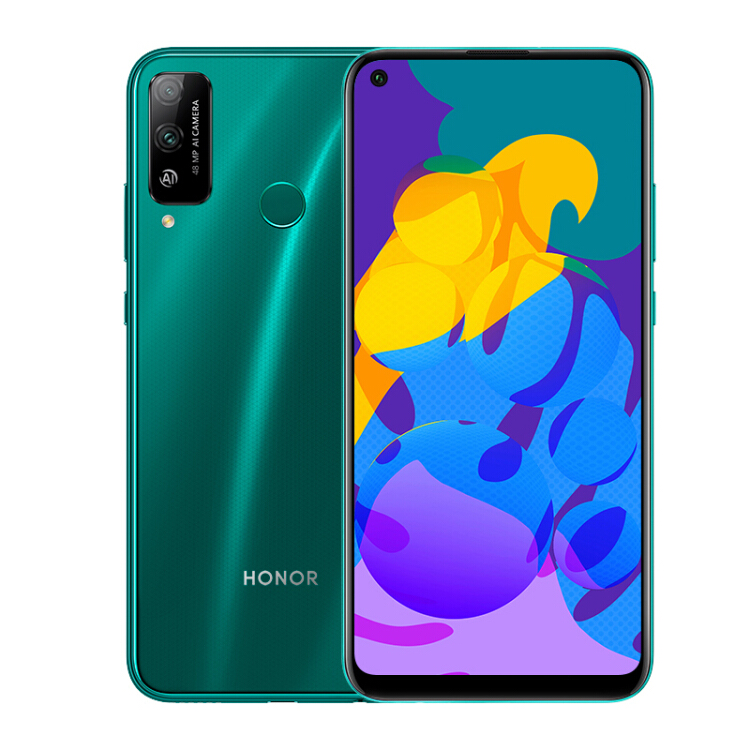 Honor on it Weibo handle has revealed that the Honor Pay 4T and Play 4T Pro will be powered by the Kirin 810 chipset. They will feature triple-camera setup at the back with 48-megapixel primary camera and 4,000 mAh batteries with fast charging. 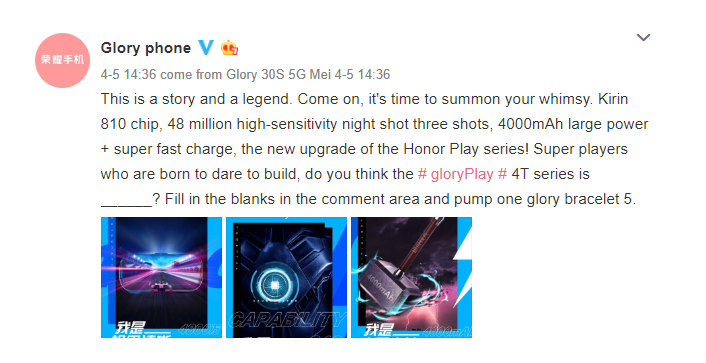 Honor Play 4T Pro will sport a 6.3-inch HD+ AMOLED display with waterdrop notch. It will be powered by Kirin 810 chipset coupled with 6GB and 8GB RAM with 128GB and 256GB storage versions. The phone will have a 48-megapixel + 8-megapixel + 2-megapixel triple camera system and a front-facing camera of 16-megapixel. There will be 4,000mAh battery with 22.5W fast charging support.

Honor Play 4T will feature a 48MP primary camera, an 8MP ultra-wide-angle camera, and a 2MP depth sensor. It will have a 16 MP selfie snapper. It will run Android 10 OS and is likely to have HMS support. The device will be powered by 4000mAh battery and support 22.5W fast charging technology.