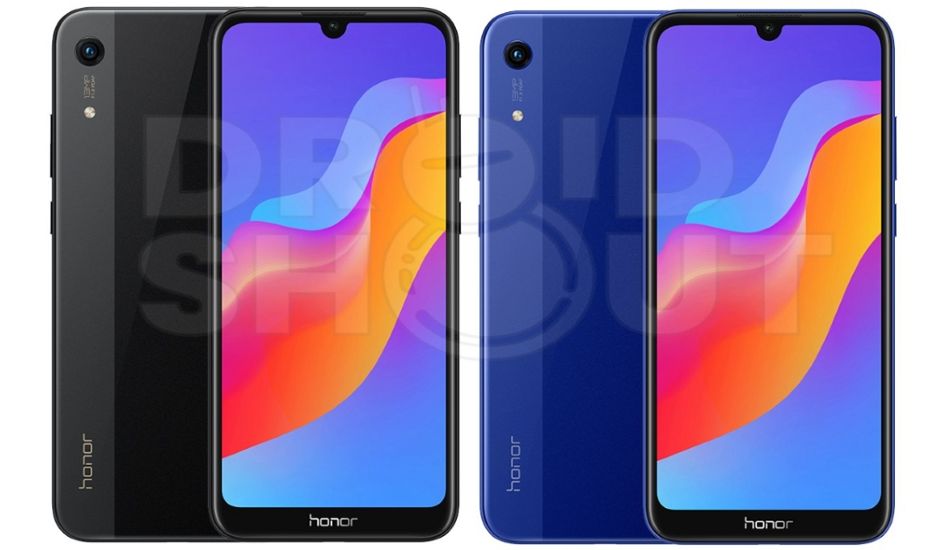 Honor 8A will come in two colour options - blue and black.

Honor 8A is all set to launch in China on January 8. Now ahead of the launch, renders and specifications of Honor 8A have leaked online. The phone will be a successor of Honor 7A smartphone.

The renders via Droid Shout reveal that the Honor 8A will come in two colour options – blue and black. The phone will feature a dew drop notch display. The back of the Honor 8A seems to have a glossy finish (or clear plastic) instead of a full metal body of the Honor 7A. The right side of the device features power and volume rocker buttons.

The specs leaked by the source are inline with an earlier TENAA listing. The Honor 8A will sport a 6.09-inch HD+ display with a resolution of 1560 x 720 pixels and a waterdrop-shaped notch. Under the hood, the phone will be powered by MediaTek Helio P35 chipset (MT6765) alongside 3GB of RAM. It will be available in two storage variants of 32GB and 64GB. Both the variants can be expanded via a microSD card slot with support up to 256GB.

For the camera department, the Honor 8A will have a single rear camera of 13-megapixel with f/1.8 aperture and phase-detection autofocus. The rear-facing camera can record 1080p Full HD videos as well. For the front, there will be an 8-megapixel camera with a fixed-focus lens and f/2.0 aperture for selfies. The device will run EMUI 9 based on Android 9 Pie out-of-the-box and will be powered by a 3,020mAh battery.