Honor 7X Red Limited edition announced, to be available in India next month 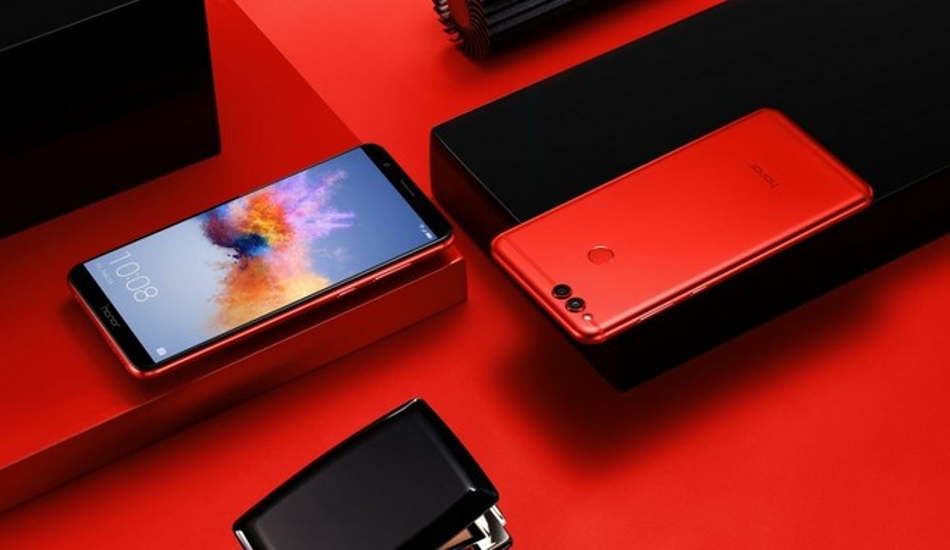 Honor has partnered with Monster, one of the world’s largest headphone manufacturers to give the first 100 customers a special gift.

Huawei sub-brand Honor has today announced the arrival of the Honor View 10 in the U.S. markets. Alongside, the company has also announced a limited edition red colour variant for the Honor 7X.

The Honor 7X is priced at Rs 12,999 for the 32GB storage variant, while the 64GB storage option comes with a price tag of 15,999 and it is exclusively available from Amazon.

In addition to the current Aurora Blue, Midnight Black and Platinum Gold colour variants, the new limited edition Honor 7X Red will have 20,000 units and it will be available for purchase just ahead of Valentine’s Day in the United States, Russia, India and Western Europe (United Kingdom, France, Germany, Italy, and Spain).

Honor has partnered with Monster, one of the world’s largest headphone manufacturers to give the first 100 customers a special gift. Those customers who purchase the limited edition Honor 7X Red in these countries will receive a Red co-branded Honor-Monster AM15 headphones.