Honor 7S vs Yu Ace: The most attractive smartphone at a super-low price

The Honor 7S goes head-to-head with Micromax’s newest baby - the Yu Ace. The Flipkart exclusive device comes at a price tag of Rs 5,999 with similar specifications, same screen space and an undistinguishable design which begs the question which one of the two is the best fit for the budget smartphone crowd in India.

When Huawei or its sister brand Honor releases a smartphone in India, it barely gets unnoticed and this time it is the Honor 7S. The entry-tier device from Huawei comes with a MediaTek processor, a tall screen and Android Oreo interface, all at a price of Rs 6,999.

With such a price tag, the Honor 7S goes head-to-head with Micromax’s newest baby - the Yu Ace. The Flipkart exclusive device comes at an asking price of Rs 5,999 with similar specifications, same screen space and even an undistinguishable design which begs the question which one of the two is the best fit for the budget smartphone crowd in India. Will Micromax get back to being relevant in the market or is it another day at the office for Huawei’s Honor brand? Let’s get to that. 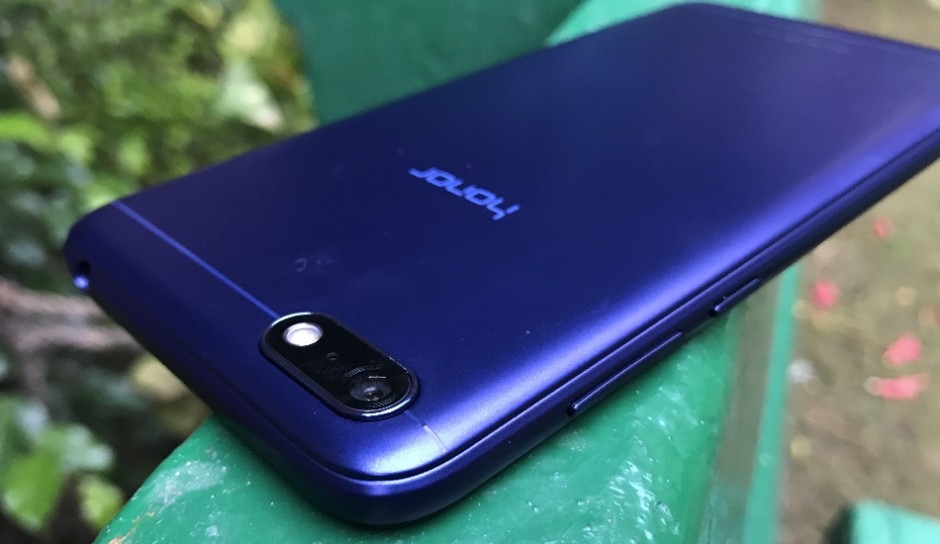 It’s worth mentioning that the price is one thing which will sway users into buying the Honor 7S. While the device is certainly cheap, it hasn’t compromised on the looks department. The device will rock a solid metallic-inspired plastic panel at the back which will be grippy with a good size-to-weight ratio. The black, gold or especially the blue finish won’t give away any suspicions on the 7S being a cheap device as the handset is reasonably slim and we can’t criticise Honor to have cut the cost any further. 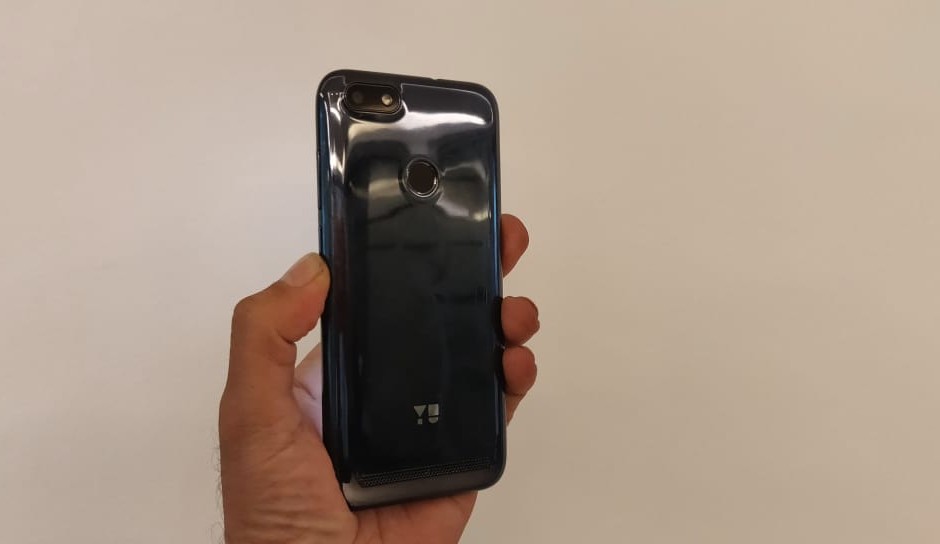 The YU Ace comes with a plastic back which might feel a little cheap on the hand but the plastic is so glossy that it might be mistaken for a premium glass-back phone. The back panel is removable and but since the phone is extremely glossy, it also attracts fingerprint smudges which will be less visible in the Black coloured variant. While the Blue and Black variants offer shiny backs, there’s also a matte finish available on the Rose Gold variant.

Both devices offer an equally large 5.45-inch IPS HD+ LCD displays with a resolution of 720 x 1440 pixels and an 18:9 aspect ratio, which means the same pixel density of 295 ppi. The similarity even runs down to the close to 74 per cent screen-to-body ratio, meaning there’s nothing to differentiate between the two.

Be it, the YU Ace or the Honor 7S, the performance is something we can expect both the devices to be similar if not equal. The handsets rock the Quad-core 1.5 GHz MediaTek MT6739 chip with PowerVR GE8100 GPU, 2GB RAM and 16GB of internal storage. However, Micromax did reveal that the Yu Ace will be released in a larger 3GB RAM version but for now, there’s nothing to differentiate between the two.

In the security department, devices from both Micromax and Honor feature the now-trendy face unlock but it’s the Yu Ace again which wins the lottery for equipping a fingerprint sensor at the back for added security.

The good part about the Yu Ace is the fact that the device runs on a near-to-stock version of Android 8.1 Oreo with only a few pre-loaded bloatware apps installed on the phone. Micromax has also promised an update to Android 9 Pie for the phone by the end of this year, which is always a good thing to look forward to. 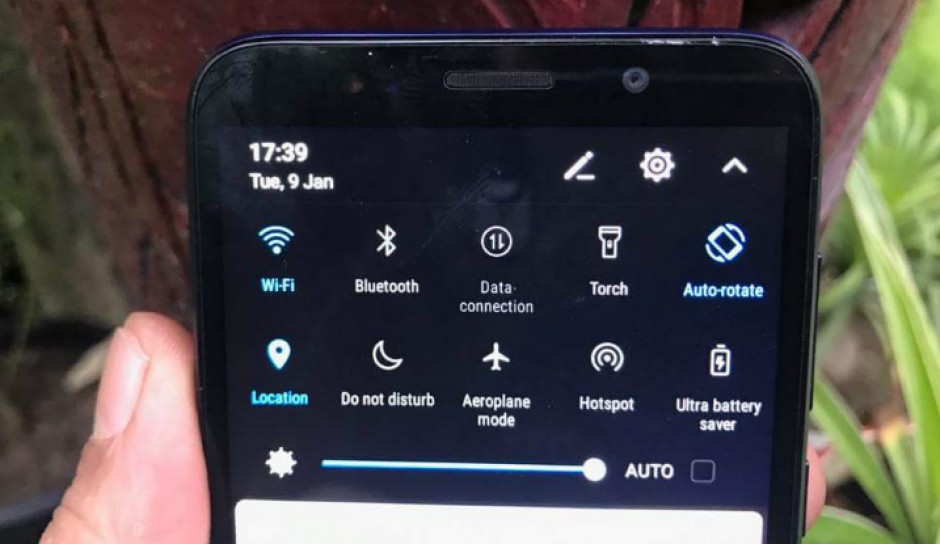 The Honor 7S runs on Android 8.1 Oreo, yes, but it comes with the Huawei’s EMUI 8.0 which isn’t something we haven’t covered about in our earlier reviews. While users will be able to customise their home screen through various themes and icon packs, the same custom skin is what makes the phone even laggier than it is. With the likes of Nokia and others releasing Android Go phones, it’s surprising that Honor is still sticking with the EMUI interface on their cheap phones. 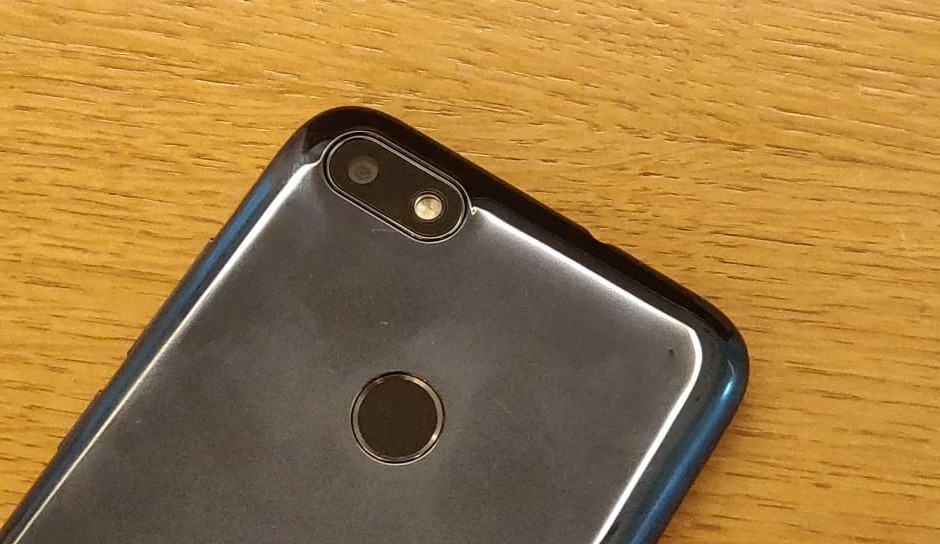 There’s nothing to differentiate between the Ace and 7S in the imaging segment as both devices come with a single 13MP sensor autofocus sensor at the back with a 5MP snapper on the front for selfies. While pictures taken from both phones won’t win any awards as such, but the details are pretty good under good lighting conditions and there are several features. The only main difference that can be made is from how snappy both these phones are while clicking pictures.

The Honor 7S has a 3,020mAh battery and while that last you for up to a day on light usage, the reason for the same is due to the sluggish performance of the phone: using a phone less because more interactions mean longer duration of lag when performing a task.

The Ace backs in a much larger 4,000mAh battery, that’s straight up 25 per cent more battery life than its Honor counterpart. A massive battery like that coupled with stock-ish Android will last you more than a day on moderate usage.

The Honor 7S packs a good deal for its price. It looks well built, the display is as good as any budget phone and packs in a 13MP camera for a device this cheap. The only dismal thing about the device is the performance as a daily driver since the specifications on the inside aren’t as equipped to run Huawei’s heavily customised EMUI 8.0 skin.

This is where the Yu Ace comes into the picture. Performance is snappy due to the near-to-stock Android 8.1 which will soon be updated to Android 9 Pie. The same snappiness will also work well for timely shots captured through the camera, all of which is backed by a larger battery. This brings to the conclusion - which budget phone is right fit on an Indian customer? The answer’s right in front of you - the Yu Ace, by a long stretch.

Micromax Yu Ace launched in India at a price tag of Rs 5,999

Honor 7S to reportedly launch in India next week