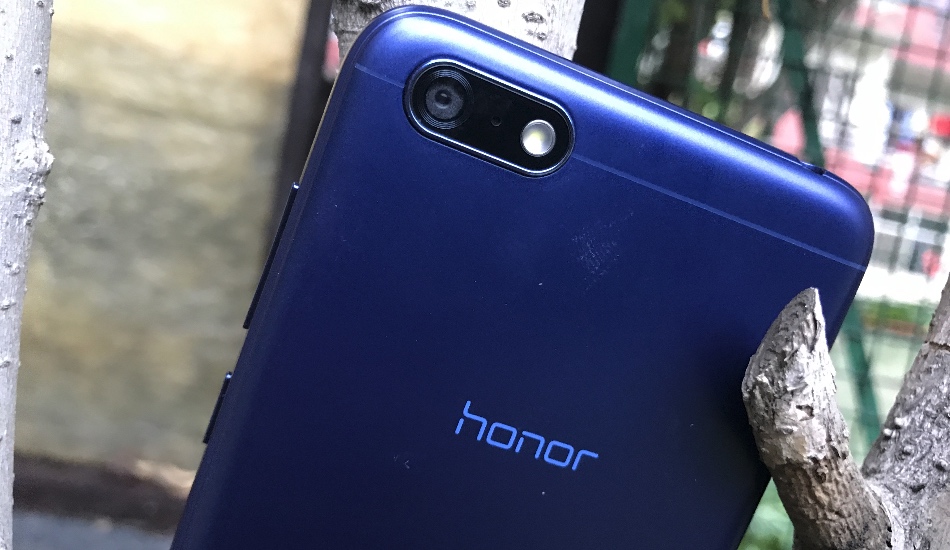 Can it create some ripples in the budget segment? We spent some time with the device and this is what we think of it.

Huawei’s sub-brand Honor has today launched Honor 7S. The phone comes with a price tag of Rs 6,999 and it will be exclusively available on Flipkart starting from September 14.

With this, Honor seems to be targeting Xiaomi Redmi 5A, the recently-launched Yu Ace and a couple of more budget-centric smartphones. However, can it create some ripples in the budget segment? We spent some time with the device and this is what we think of it.

To start with the design, the Honor 7S looks a tad similar to the Honor 7A and 7C phones, which were recently launched in India. However, unlike the Honor 7C, which comes with a metallic design, this one comes loaded with a plastic finish at the back. However, the company has coated the paint in a manner that gives it a metallic look. This sure gives some premium look to the device. The phone measures 8.3mm and weigh 142 grams. The phone is quite comfortable to hold due to its compact design and it is lightweight to carry around as well.

Giving you a quick brief about some design aesthetics, the front sports a selfie camera and an earpiece at the top, while at the base, there is an Honor branding. Further, the earpiece also acts as a speaker. The navigation controls are on-screen. The right houses volume controls and power on/off button, while the left houses SIM tray that comes with two SIM and a dedicated micro SD card slots. The back house a single-camera setup, which gives a dual-camera look, but it is not certain. The top comes loaded with a 3.5mm audio jack. That said, for this price point, the Honor 7S certainly does not look cheap from any angle and it is quite handy. 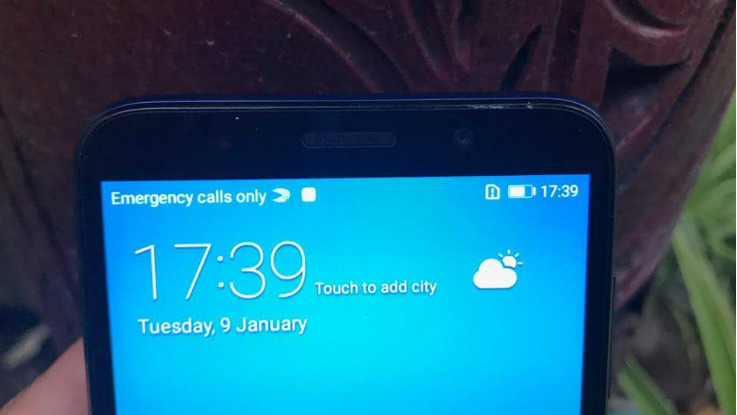 It is good to see that Honor has employed an 18:9 display on this latest smartphone at this price point. The phone comes loaded with a 5.45-inch HD+ display with a screen resolution of 1440 x 720 pixels. The display looks compact and the colours look good considering this price point. We felt that the colours were slightly on the warmer side, but you can correct it by changing the colour temperature, simply by going to Settings > Display > Colour Temperature. We will discuss more this in our upcoming review.

On the hardware front, the Honor 7S is powered by a 1.5GHz quad-core MediaTek MT6739 processor coupled with 2GB of RAM and 16GB of internal storage. The memory can be further expanded up to 256GB with a help of a micro SD card slot. The chipset used here is entry-level and so is the device. Clearly, the phone is targeted towards the first-time smartphone buyers and not for some heavy users. However, it is too early to comment on the performance of the device, but as the for the competition is concerned, the phone will face Xiaomi Redmi 5A, Infinix Smart 2, InFocus Vision 3 and even the Yu Ace, which virtually has the similar specifications.

What makes it a slightly different from its competition is the layer of EMUI 8.0 on top of the Android 8.1 Oreo. The user interface comes loaded with a host of interesting features like the option to choose between standard or app drawer, options to customise the interface and more, which has been one strong point of Honor’s EMUI. We will talk about this in details in our upcoming review.

The Honor 7S also dons some decent camera specifications. The phone is equipped with a 13-megapixel shooter at the rear with f/2.2 aperture, PDAF and LED flash. For the front, you get a 5-megapixel shooter with f/2.2 aperture, a fixed focus lens and screen flash. In our initial testing, we found out that the camera did some decent job in capturing images under ambient light situations, although we felt that the detailing was not that great. The selfie camera also looks decent, though we are yet to test both the sensors in different lighting situations.

On the battery front, the phone is equipped with a 3020mAh battery that the company claims delivers up to 10 hours of 4G internet, 62 hours of music playback and 13 hours of video playback. We are yet to test the company’s claims for the same, so we suggest, you stay tuned with us for the review of Honor 7S. Connectivity option includes, 4G LTE, dual-SIM, GPS, USB, Bluetooth 4.2 + BLE and WiFi 802.11 b/g/n.

Honor 7S is clearly targeted at the first-time smartphone users and the company has priced it accordingly. Which we think is a bit steep. The phone comes loaded with a decent design and the display looks good as well. The camera performance is decent, though you should expect great performance from the processor. That said, the phone will face a stiff competition with the likes of Xiaomi Redmi 5A, Yu Ace, Infinix Smart 2 and 10.Or D2.