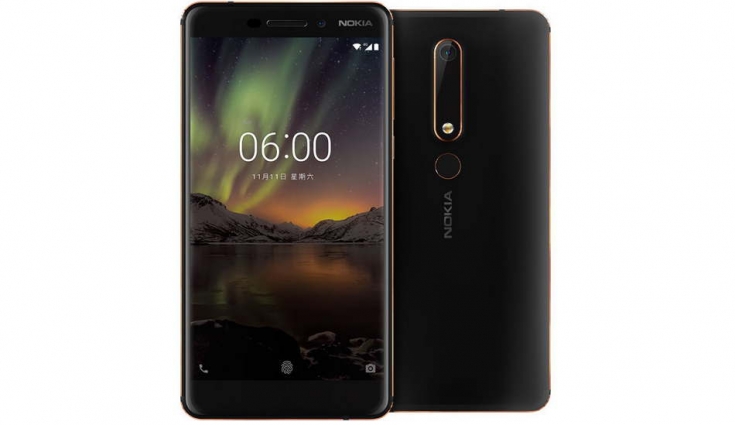 HMD Global launched Nokia 8 Sirocco, Nokia 7 Plus, Nokia 1, Nokia 6 (2018) smartphones and 8110 4G feature phone last month at the Mobile World Congress (MWC) 2018. Out of them, the company recently launched Nokia 1 at Rs 5,499. Now seems other smartphones will also launch in India soon as the company has started sending out invites for a launch event scheduled to be held on April 4 in Delhi. 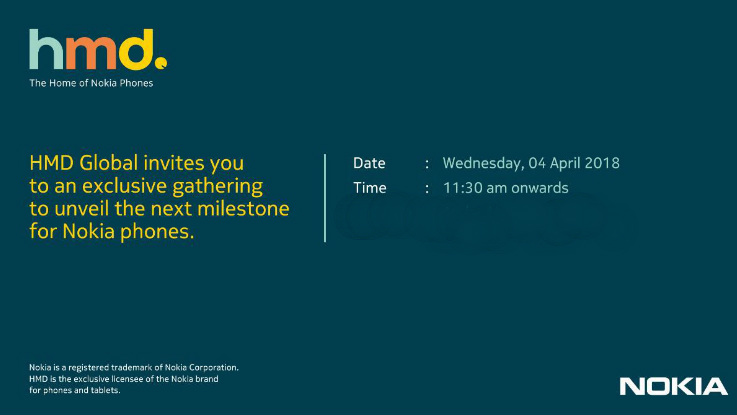 The invite reads, “Hello, we welcome you to Explore. Express. Create. Reimagine. We welcome you to discover the N-powered city of tomorrow.” The invite does not reveal the name of the phones to be unveiled at the event but it is expected that the company might launch Nokia 6 (2018) Nokia 7 Plus, Nokia 8 Sirocco smartphones on April 4 in India. It is also likely to announce the Nokia 8110 4G feature phone.

The flagship smartphone from HMD Global comes with stainless steel metal unibody. The device is IP67 certified, making it water and dust resistance. The Nokia 8 Sirroco phone feature a 5.5-inch Quad HD pOLED display with an edge-to-edge screen along with Corning Gorilla Glass 5 protection. Nokia 8 Sirocco smartphone is powered by Qualcomm Snapdragon 835 chipset which is coupled with 6GB RAM and 128GB of internal storage. It is

For the camera optics, it features a Zeiss certified 12-megapixel and 13-megapixel dual camera setup on the back along with dual-tone LED flash. For the front, there is 5-megapixel selfie camera. It is backed up by 3260mAh battery and it also supports wireless charging. It runs on Android 8.0 Oreo. On the connectivity front, it features WiFi 802.11 a/b/g/n/ac (MIMO), BT 5.0, GPS/AGPS+GLONASS+BDS, NFC,ANT+ and dual-SIM support.

The phone features an aluminium metal unibody and it features a 6-inch full HD+ display with 18:9 aspect ratio and a resolution of 2160 x 1080 pixels. Nokia 7 Plus is the first phone from HMD Global to feature first full-screen smartphone. The phone is powered by a Qualcomm Snapdragon 660 chipset with Adreno 512 GPU. The phone is backed by a 4GB of RAM

Nokia 7 Plus will feature dual rear cameras from Carl Zeiss with 12-megapixel and 13-megapixel sensors. The secondary sensor will be a telephoto lens and will offer Portrait mode as well. At the front of the phone, there is a 16-megapixel selfie camera with f/2.0 aperture. Just like Nokia 8, the phone also comes loaded with bothie feature. The phone also features Pro camera, which allows you full control over advanced settings. The company has also introduced its first Imaging Suite, which adds Portrait, filters, adds mask, add character and more. The device will run Android 8.0 Oreo out of the box as well.

The company also announced the global launch of the latest Nokia 6 (2018). To recall, it was launched in China in January this year. Coming to the specifications, Nokia 6 comes with a 5.5-inch full HD with a screen resolution of 1920×1080 pixels and 2.5d curved display with Corning Gorilla Glass 3 protection. Under the hood, the device is powered by a 2.2 GHz octa-core Qualcomm Snapdragon 630 processor along with Adreno 508 GPU. The phone is backed by 3GB/4GB of RAM and 32GB/64GB internal storage, which can be further expanded up to 128GB via microSD. It also houses a fingerprint scanner, which lies on the back of the device.

On the camera front, the smartphone flaunts a 16-megapixel camera with PDAF, 1.0um sensor, f/2.0 aperture, and dual-tone LED flash. While at the front, we have an 8-megapixel front-facing camera with a 1.12um sensor and f/2.0 aperture for selfies and video calling. Nokia 6 (2018) comes with dual view mode which will allow you to capture feeds from both front and rear camera at the same time. It runs on the Android 7.1.1 Nougat and is powered by a 3000 mAh non-removable battery with fast charging. On the connectivity front, the smartphone offers hybrid Dual SIM, 4G VoLTE, WiFi (802.11 b/g/n), Bluetooth 5, GPS, USB Type C, 3.5mm audio jack, FM Radio, Dual speakers, Dual smart amplifiers, and Dolby Atmos.