Hacked apps selling at a premium on Google play

Many application developers are hacking popular applications found on Android and are making illegal copies of them and are easily selling them on the Google Play application store, according to ‘Root Uninstaller’, a developer that makes app for Android. 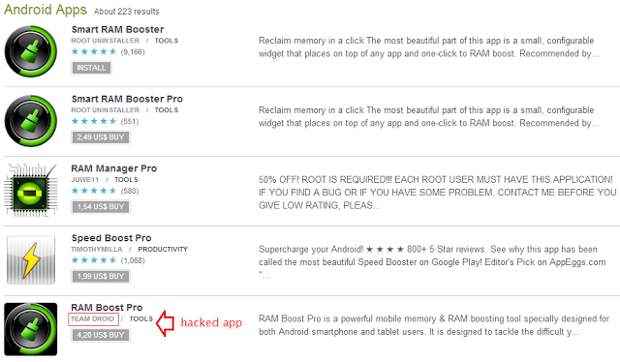 Google has been informed about the hacked apps and while we wait for the response, we surely hope Google will take some concrete steps and outsmart developers like Team Droid.