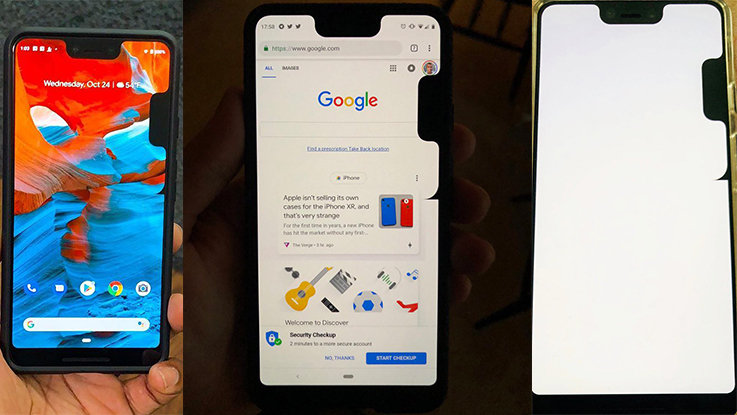 Multiple users are now reporting that their Pixel 3 XL unit is showing another notch on the side of the display.

Google latest smartphones, the Pixel 3 XL, is once again in news and this time it is related to another weird bug. Multiple users are now reporting that their Pixel 3 XL unit is showing another notch on the side of the display.

A handful of users have taken this issue on Twitter to report about this bug. Although there is no known cause for this bug, many believe it could be related to the notch simulation option present in the Android Pie. Interestingly, Google has acknowledged this problem and has revealed that it will soon roll out an update to fix this issue, reports Android Police. Meanwhile, multiple users report that a simple reboot solves this problem, though there is no confirmation where this issue is permanent in nature or not.

This is not the single issue Pixel users are experiencing. Previously, multiple users reported that Google Pixel 3 recorded poor audio recording quality. Users revealed that whenever one move a few feet away from the device, the sound quality drops dramatically. On the other hand, users reported a pink tint on the Pixel 3 XL.

Meanwhile, the company is offering a free Google Home Mini smart speaker on the purchase of the new Pixel 3 and Pixel 3 XL in India. The offer is only valid for the offline market and it will be valid from November 1 to November 7, reveals Mumbai-based retailer Mahesh Telecom. Further, this offer is only valid for existing Google and Nexus users. This means Google phone users will be able to avail this offer while upgrading to the latest Pixel smartphones.