Google has released the Google Now service as part of the update for the Google Search app for the iOS based devices.

The Google Now user interface brings different information in a cards format. Each card pulls in data from Google and presents latest information about the weather, location, Flights, and sports. It also integrates maps to inform the user about the approximate commute timings. Google has also integrated Voice Search in it to make it similar to the Apple Siri. 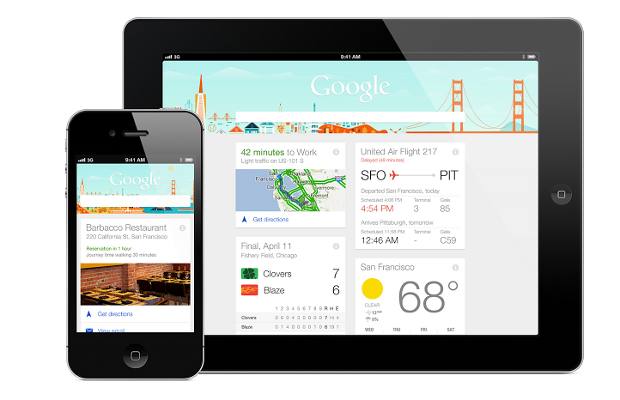 Since the Google Now feature is now available along with Voice Search on the iOS platform, it would be interesting to see it compete with Apple Siri service. While Apple iOS based device users would be rejoicing, there are several users stuck on Android 4.0 Ice Cream Sandwich waiting to hear from Google.

Google Now does not directly compete with Apple Siri but brings along several features in interesting presentation to be consumed quickly and efficiently.

Get the updated version of the Google Search from the Apple App store.