Google Maps is now incorporating an ensemble of learning models that automatically transliterate the names of points of interest (POIs) to 10 prominent local languages, making it more useful for the Indian language users.

‘This new feature will deliver a richer, more intuitive language experience for users, and will enable millions to issue queries in their own language and find information on Maps such as restaurants, petrol pumps, hospitals, grocery stores, banks, bus stops, train stations, and numerous other services’, as per Google.

By using automatic transliteration from the Latin script (English) name of a POI, Maps now displays their names in Hindi, Bangla, Marathi, Telugu, Tamil, Gujarati, Kannada, Malayalam, Punjabi, and Odia. Google recalls how it launched the language picker on Google Maps (via Settings) in India first, and this will further ensure a seamless user experience in the language of their choice. 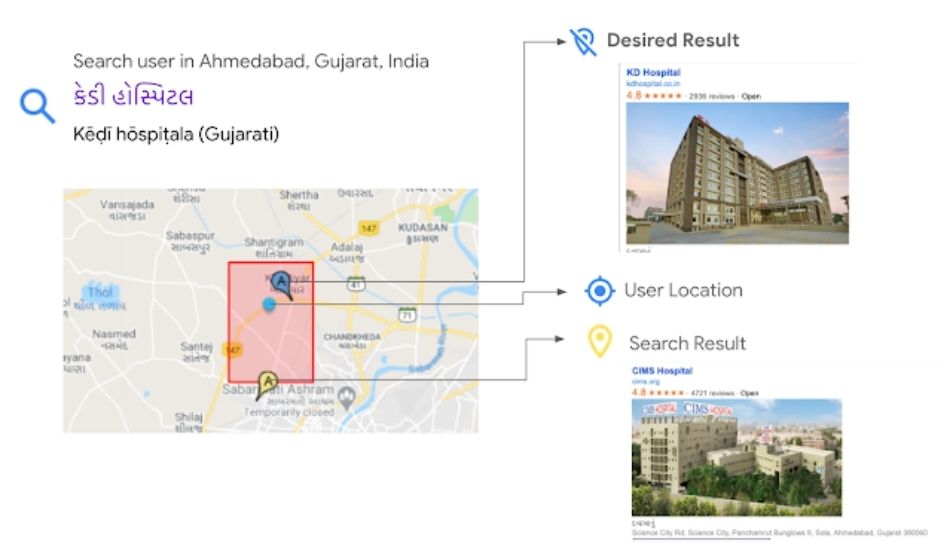 Cibu Johny, Software Engineer, Google Maps while explaining the feature said, “Common English words are frequently used in names of places in India, even when written in the native script. How the name is written in these scripts is largely driven by its pronunciation. For example, एनआईटी from the acronym NIT is pronounced ‘en-aye-tee’, not as the English word ‘nit’. Therefore by understanding that NIT is a common acronym from the region, Maps can derive the correct transliteration”.

“In the past when Maps could not understand the context of एनआईटी, it would instead show a related entity that might be farther away from the user. With this development, we can find the desired result from the local language query. Additionally, users can see the POI names in their local language, even when they do not originally have that information”, he added.

Using an ensemble of learned models, various transliteration dictionaries, and a module for acronyms — with a very large sample of names from on-line text — Google Maps has already added names in local languages to millions of POIs across India, increasing the quality and the coverage, which became nearly twenty-fold in some languages.