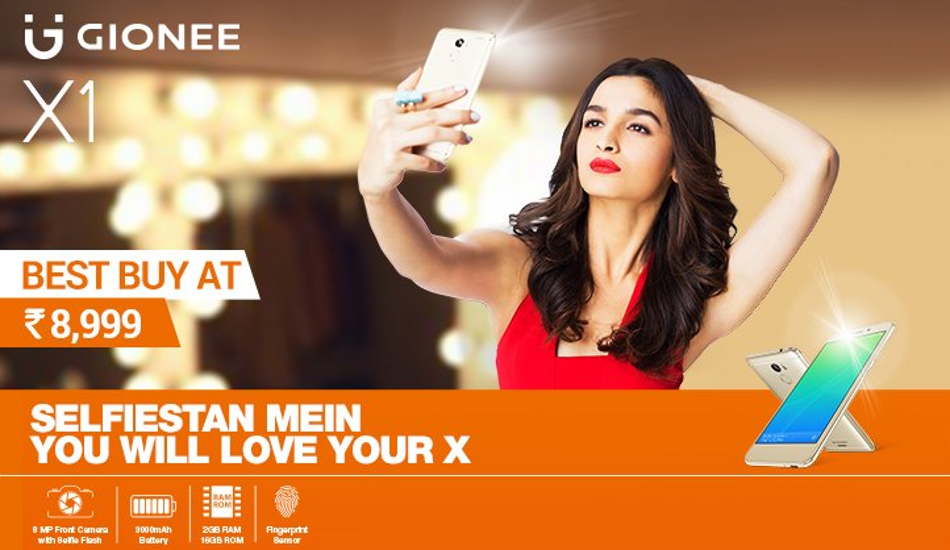 The smartphone also features a fingerprint sensor which is located at the back of the device.

Chinese smartphone maker Gionee has today launched its latest Gionee X1 smartphone in India for Rs 8,999. The smartphone is now available across retail stores for purchase and it comes in Black and Gold colour variants.

Gionee X1 sports a 5 inch HD display with resolution 720×1280 pixels. It is powered by MT6737 1.3GHz quad-core processor coupled with Mali-T720 MP2 GPU. The smartphone has 2GB of RAM and 16 GB of inbuilt memory which can be further expandable to 256GB via a micro SD card. It runs on Android 7.0 Nougat operating system with Amigo 4.0 UI and is backed up by a 3000mAh battery. The smartphone also features a fingerprint sensor which is located at the back of the device.

On the camera front, the smartphone has an 8-megapixel rear camera with LED flash and a same 8-megapixel snapper in the front with LED flash as well for selfies and video chats. The handset has a dimension of 144.3 x 72.2 x 8.8 mm and weighs around 145 grams. On the connectivity front, the device offers dual sim, 4G VoLTE, Bluetooth 4.2, WiFi (802.11 b/g/n), GPS with AGS/GLONASS, 3.5mm audio jack and micro USB. The sensors include accelerometer, light sensor, gyroscope, gravity and proximity sensor.