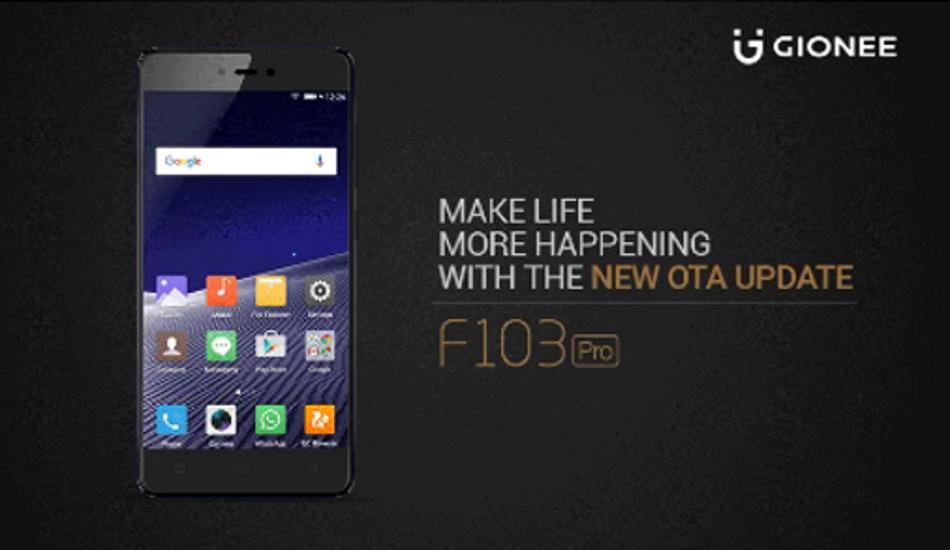 The smartphone was launched in India last year for Rs 11,990.

Gionee has rolled out new Over the Air (OTA) update for its F103 Pro smartphone. The OTA update brings new value added features and update, the key update being a Panic Button support which is in line with Government of India directive, which states that all mobile phones sold in India from January 2017 should come with a panic button.

Other features and update include addition of ViLTE support, Urdu language support, addition of Make My Trip app, updation of Theme park, Mood wall paper and updation in G Store. 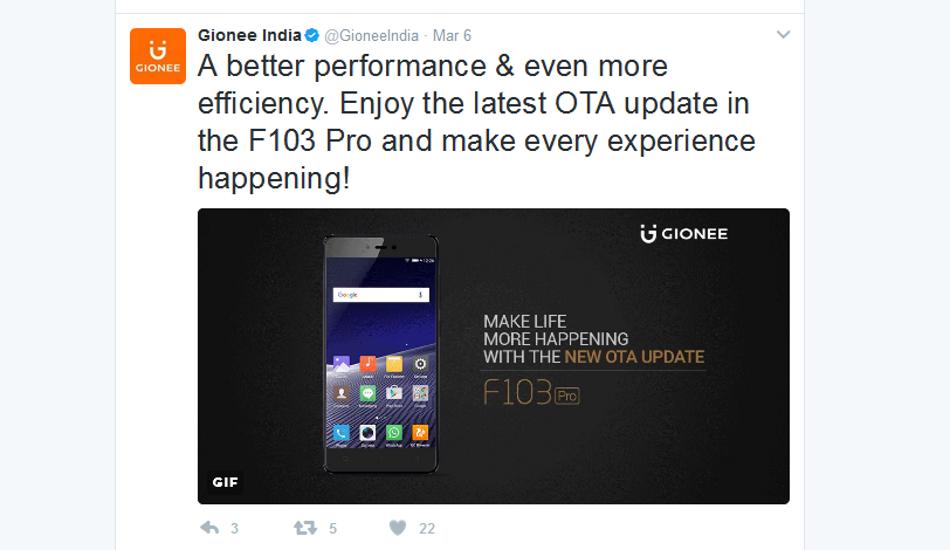 To re-collect, the Gionee F103 Pro was launched in India last year for Rs 11,990. It features a 5-inch HD (1280x720p) IPS Oncell display. The smartphone is powered by a 1.3 GHz quad-core MediaTek MT6735 processor, which is paired with 3GB RAM. It comes with 16GB of internal memory which can be boosted up to 128GB through a micro SD card. The device runs on Android 6.0 (Marshmallow) operating system and has a customised user interface – Amigo.