The BlackBerry Bold is at a lower more pocket friendly price, but it still isn't pocket-friendly enough.

India is fast competing with other countries as far as new device launches is concerned. Research In Motion just about a week back announced the BlackBerry Bold 9790 internationally, and has now announced it in India as well, with delivery slated towards December 1.

The launch would also mark the introduction of BlackBerry 7 operating system in India.

RIM gave us an opportunity to look and feel the device first hand before these devices are finally launched in the market at a press event in Delhi. So here we have the first look experience with the latest BlackBerry Bold 9790 device for you.

BlackBerry over the past couple of months has been paying real attention to the design, which is quite evident from the looks of Bold 9790. The device looks absolutely classy, with a chiseled body and sleek form. As usual, RIM has made the BlackBerry 9790 black and it makes the device look grand especially with the silver highlights on the trims.

The device is quite similar to BlackBerry Curve 9630, launched in India sometime back, and continues with the same slim profile. At 11.4 mm, the Bold 9790 might not be as thin as the Bold 9900 but it is certainly a lot lighter at a mere 107 grams including battery.

The Bold 9790 has a similar 2.45 inch TFT LCD display as its junior cousin, BlackBerry Curve 9630, along with a similar 246 PPI pixel density. But living true to its name, the Bold 9790 features a full touch based input system. The display is quite fluid all thanks to the fluid graphics on BlackBerry OS 7, and its faster processor.

The display is definitely better as far as visual reproduction is concerned and plays HD video quite well. The standard 3.5 mm audio connector and the Micro USB connector ensure easy connectivity with most other devices, as well as with earplugs. 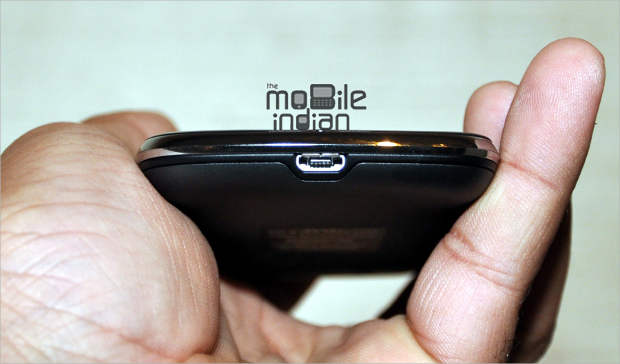 The device is powered by BlackBerry’s newest, and the faster operating system &#151 BlackBerry 7 OS, and runs on a 1 GHz single core processor so it is expected to work fast. However, we’ll have more to say about that once we review the phone.

The Bold 9790 also gets a 5 megapixel camera with flash which is a big leap over the 2 megapixel camera featured on the older Bold devices. The device can record videos as well but it is still capable of recording in VGA mode only. 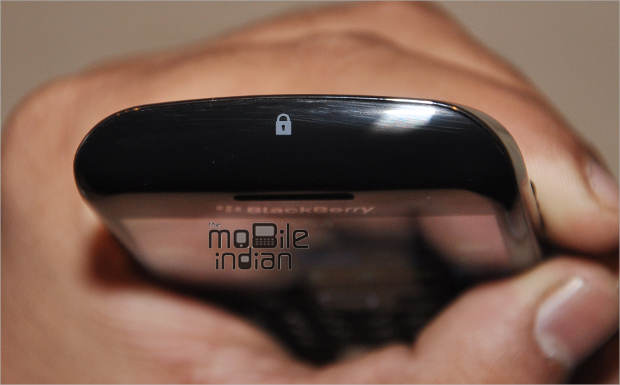 The keypad and track pad have been upgraded and improved. The keys now offer better feedback and require lesser effort to get work done. The keys have been made smaller in size due to the slight reduction in width of the Bold 9790, as compared to the Bold 9900, but they have been spaced out well for speedy and comfortable operation. The track pad is somewhat similar to the one featured on the Bold 9900 &#151 accurate to the maximum.

But ultimately this is still just what the device looks and feels like first hand. Its actual performance under rigorous application is not known. Nevertheless, the device is worth its Rs 27,500 price tag. 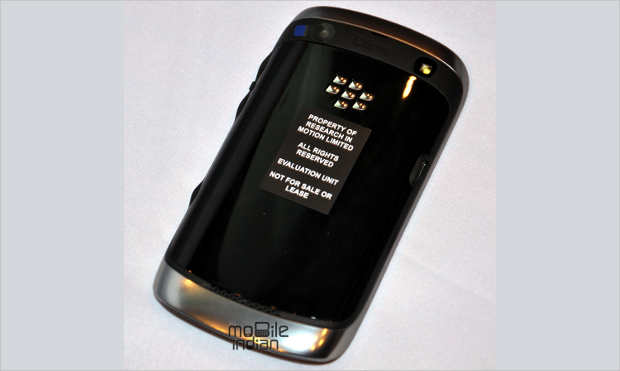