Facebook has just enabled capability to edit posts on web version and plans to add the same capability for its mobile apps on Android, iOS platform soon.

Popular social network, Facebook has added a new functionality to edit the post text after posted in the News Feed. This capability is currently available for the web version of the Facebook and soon expected to hit the mobile apps on the Android and iOS platforms. The Verge reported that the post editing feature is being pushed out as part of an update meant for the Facebook mobile app for the Android and iOS platforms.

Facebook is actively working to bring more native experience on its mobile app for Android platform. Meanwhile the Facebook app has just redesigned the mobile app for the new iOS 7 software update. Though there are some issues with the app, this change merely feels like a facelift.

Facebook had introduced comment editing for the mobile apps last year but then the entire experience was not pleasant. Now since Facebook is actively bringing to make its mobile app more native for Android, the hopes are set high to deliver good performance. 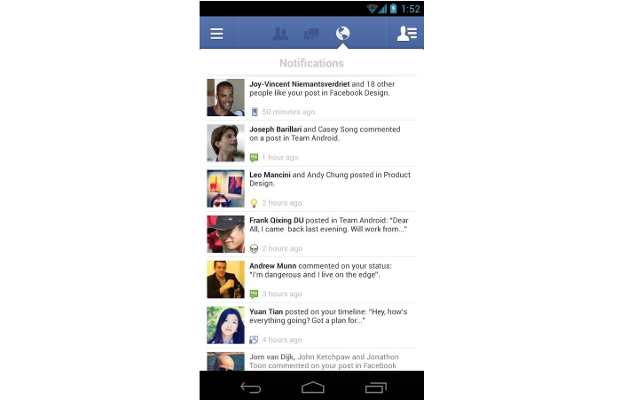 Editing a post on the Facebook indeed is a welcome feature for every Facebook users. If this feature is made available to the Android and iOS platform, then more users would be driven to stay connected all the time than rely on web interface only.