The fluctuating price of the HTC Firset smartphone with Facebook Home interface and deep integration of the social network rumored to lead to the device's discontinuation.

Facebook and HTC had introduced the third generation Facebook smartphone – HTC First last month. The latest development is that AT&T is facing tough time selling the HTC First smartphone in the US reports BGR based on the information from number of sources.

Also, most of the countries, including India, are still waiting for the formal release of the HTC First.

The HTC First smartphone features the new Facebook Home interface along with several enhancements specific only to that device.

HTC First was HTC and Facebook’s third attempt to push a social network centric smartphone to the enthusiast consumers. First of all, this smartphone is not meant for everyone but for mostly youngsters and those who live-breathe on Facebook. 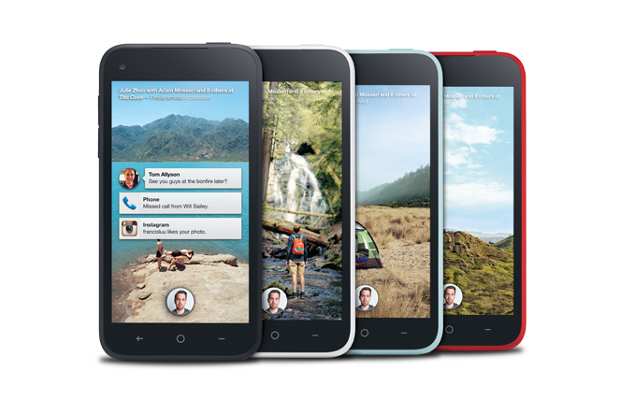 HTC had introduced the dedicated Facebook button bearing the HTC Salsa and HTC ChaCha with Android OS update running on both. Out of these two devices, the HTC ChaCha was introduced in India but could not survive amidst tough competition given by other Android based smartphones.

HTC First was introduced last month but the response from the early adopters and reviewers was lukewarm. The HTC First smartphone comes with Facebook Home and new Facebook App integrated on the vanilla Android user interface with bit of HTC Sense elements. Despite of packing a 720p HD display and specifications meant for mid-range devices. Under the layer of Facebook, there is a Vanilla Android experience residing on the device.

Frank Meehan, CEO of KuatoStudios, had worked with Facebook integration on INQ smartphones noted down his thoughts for the failure of the Facebook smartphones.

Meanwhile, the consumers are offered with variety of apps and interfaces to consume their social updates. For instance, HTC BlinkFeed, the apps such as Pulse and others that aggregate the Facebook updates in one pane. Not only that, HTC’s Sense UI has its own widget to sync the Facebook options.

So while offering options is considered as a good strategy, the consumer is left confused to use whether the widget, the official app or third party apps. Imagine a user making use of all three – unnecessary data consumption. We wonder how many consumers in India would actually be interested in getting the HTC First while it is already taking eons to make the HTC One available smoothly. However, the core question remains – do a significantly large number of consumers want to see a Social Network centric smartphone?