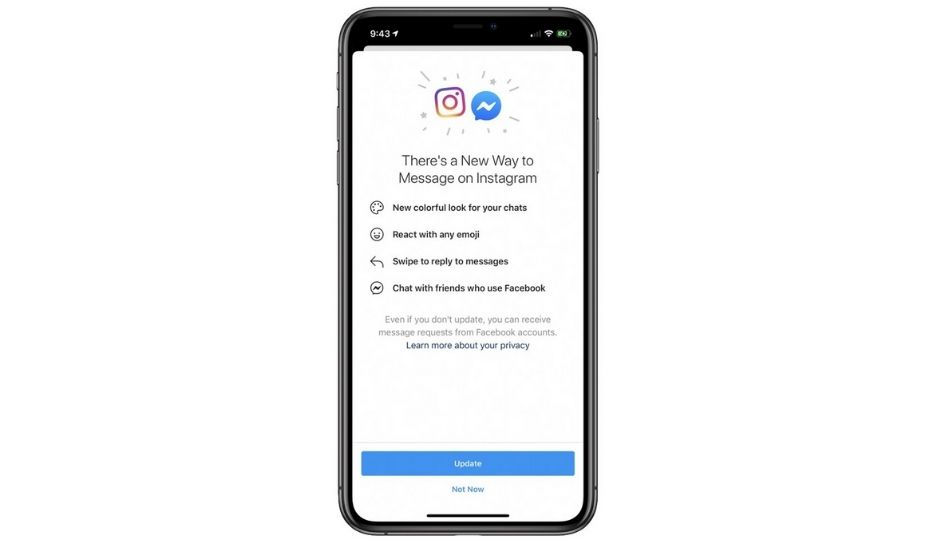 The paper airplane icon on the top right corner has been replaced by the Messenger logo. The chats also appear colourful with blue and purple colours used for the sender’s messages.