Facebook App for Android has received yet another important update which brings new faster, tweaked user interface with new photo features. The Facebook App gets pull to refresh feature allows loading the fresher content on the top. 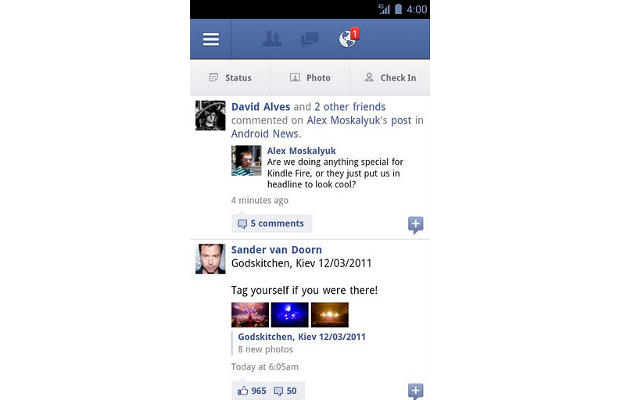 With several tweaks throughout the user interface, the new Facebook app is said to be faster and quicker. The Facebook App for Android smartphones can be downloaded from the Android Market. 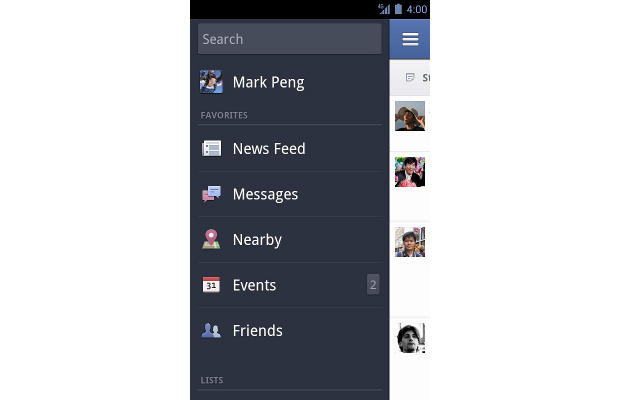 The new Facebook App update for the Android smartphones is said to bring speed while accessing every feature &#151 groups, pages, apps, and settings. Users would be able to see the likes, comments and tags on the photos properly after this update. Also one can also tag friends in the photograph. Search function has been spruced up to throw up results about friends, subscribers, pages and even apps.

Notifications try has been tweaked and will drop down the drawer menu for the messages as well as other notifications. Overall, Facebook engineers have worked to speed up the application. 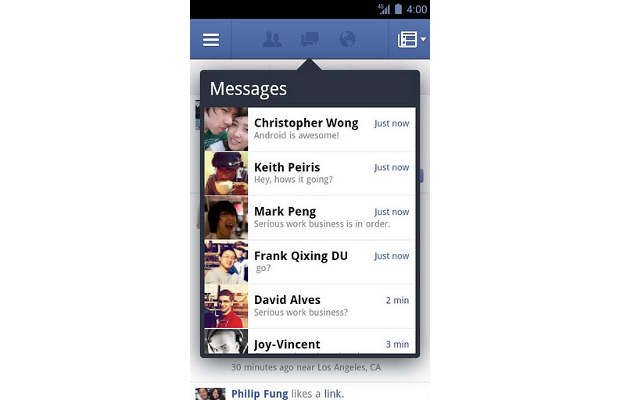 It would have been great if Facebook Messenger would have been clubbed with one app instead of keeping it separate install all together. The Facebook app continues to run in the background and doesn’t exit entirely when closed. Hence the Android smartphone continues to get the battery drained in order to pull in the updates for the timeline.