The successor of Yu Yunique is expected to launch on July 24, our source further added.

Yu Televentures is all set to add a new member to its smartphone portfolio named as Yunique 2 as a reliable source has tipped us with the image of its retail box. The successor of Yu Yunique is expected to launch on July 24, our source further added.
The retail box image of the upcoming device reveals some key design aspects. To start with, the smartphone seems to come with a metal unibody and there will be a golden ring running around the edges. The image shown in the retail box shows some minimal side bezels of the upcoming smartphone and one can find a front-facing camera, earpiece and the usual array of sensors at the top, while at the base, there are no particular physical navigation keys. This could mean that the navigations buttons could on-screen. 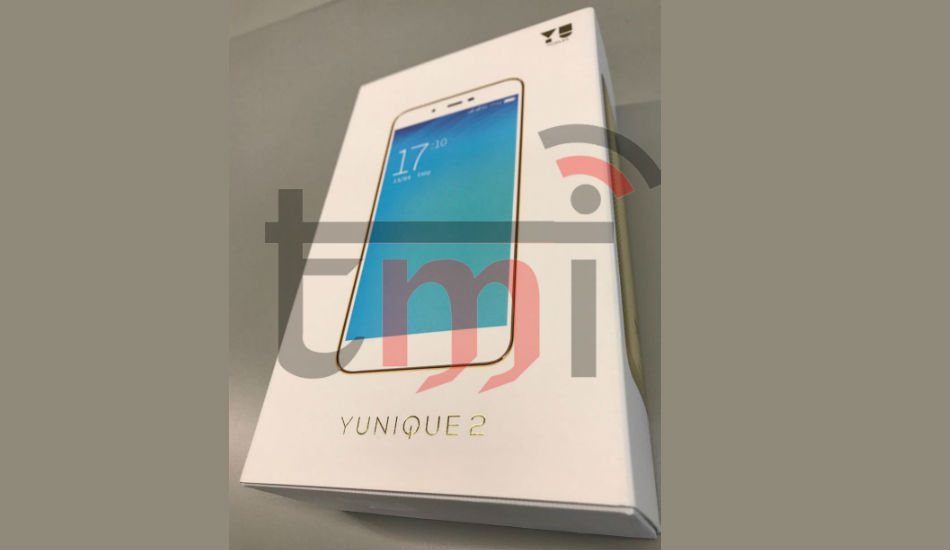 Further inspecting, the side of the retail box one could barely see the back of the device. As per our guess, it might come with some diamond-like textured finish. The rear camera seems to be positioned at the top centre position of the back panel. However, little is known about the upcoming device in terms of specifications, price and availability, but stay tuned with us as we will keep you updated.
YU is seemed to be back in action once again, after a long overhaul. The brand recently launched Yu Yureka Black for Rs 8,999, which is available from Flipkart. The smartphone comes features a metal unibody design along with a glossy back panel. The device is just 8.55mm and weighs 142 grams. The smartphone also features a gestures support which allows you to open apps, call someone or SMS through different gestures.
You might also like this:
Jumping straight to the specifications, the phone features a 5-inch Full HD display with a screen resolution of 1920 x 1080 pixels and 2.5D Corning Gorilla Glass 3 protection. The smartphone is powered by a Qualcomm Snapdragon 430 processor along with 4GB of RAM and 32GB of internal storage, which can be further expanded up to 128GB via micro SD card slot.
On the camera front, it sports a 13-megapixel rear camera with Sony IMX258 sensor, 5P lens and dual LED flash. For the front, there is an 8-megapixel shooter with front flash. The device runs on Android 6.0.1 Marshmallow, which is upgradable to Android 7.1.1 Nougat and is juiced up by a 3000mAh battery, which the company boasts can last one full day. There is also fingerprint sensor at the front, which also acts as a home button. On the connectivity front, it supports 4G VoLTE, WiFi (802.11 b/g/n), Bluetooth, GPS/GLONASS, a micro USB port and Dual SIM support.