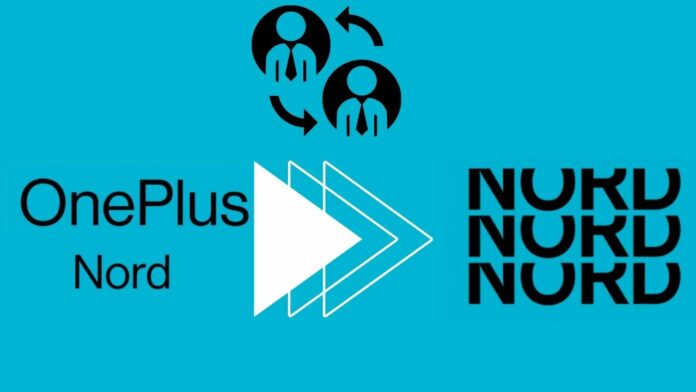 “As per our sources in the industry, OnePlus might be looking to spin Nord off as an independent brand or perhaps a sub-brand, just like what Oppo has done with Realme, Vivo with iQoo and Xiaomi with Poco.”

In July, we reported that OnePlus was planning to spin off its Nord series as a separate brand, one that was totally independent from it. While there has been no official confirmation in this regard, it seems that such a move is indeed underway.

We have been informed by some of our sources that the teams managing OnePlus and the OnePlus Nord are set to be separated. As of now, both brands are handled by the same team as obviously, the Nord is part of the OnePlus. This, however, seems set to change with arrangements underway to separate the teams and put them in separate offices, perhaps even at different locations. From what we have been told, it is likely that the Nord brand will get its own head of operations and marketing team, and evidently, hiring is underway in this regard.

There is even some talk of a different communications/ PR agency handling Nord – currently, both OnePlus and Nord are handled by the same agency. The reason for this separation is believed to be the fact that both brands will follow radically different communications strategies. Our source had no information on the schedule that is likely to be followed in this regard, but it seems very likely that this will happen from Q1 2023 onwards.

Ishita Grover, Director- Marketing Communications and Government Relations, OnePlus India in an email statement, said to The Mobile Indian, ” Would like to clarify that the entire OnePlus team is operating from the same office in UB City, Bangalore. There are NO arrangements being made to separate any team across any product category, neither are we setting up any other office.”

The statement further added, “Our Agency on record for all PR-related comms is MSL India, and we have no plans to have difference agencies for different product categories.”

In some ways, this would make the OnePlus and Nord relationship very similar to the ones between Vivo and iQoo, and Xiaomi and Poco. The idea seems to have two brands that appeal to different segments of the market, even if they sometimes seem close to overlapping. In the case of OnePlus and Nord, the brands have stuck to different price segments when it comes to phones, but we hear that they could end up competing in other product categories. It is also very interesting to note that this year, the Nord brand is expanding its presence and has got into TWS and is set to move into watches as well. If market sources are to be believed, it is only a matter of time before the Nord name is seen on televisions and fitness bands too.

We believe that the information shared by our sources about (and we would like to stress that this is not confirmed) the separation of the teams and their location are both precursors to the two brands going their different ways and totally separating, as we had reported earlier. As we had reported earlier, as per sources, the OnePlus brand is likely to focus on more premium offerings, while the Nord name will be seen on more affordable mid-segment and perhaps even entry-segment budget products. As we had stated earlier, there is a rumour that the Nord team would be mainly based in India and would also use the country as a manufacturing hub.

The emergence of OnePlus and Nord as two different brands is likely to have a significant impact on the Indian smartphone market, given the popularity of both brands. But whether this actually happens remains to be seen. As we keep stressing, we have not heard any official information in this regard.