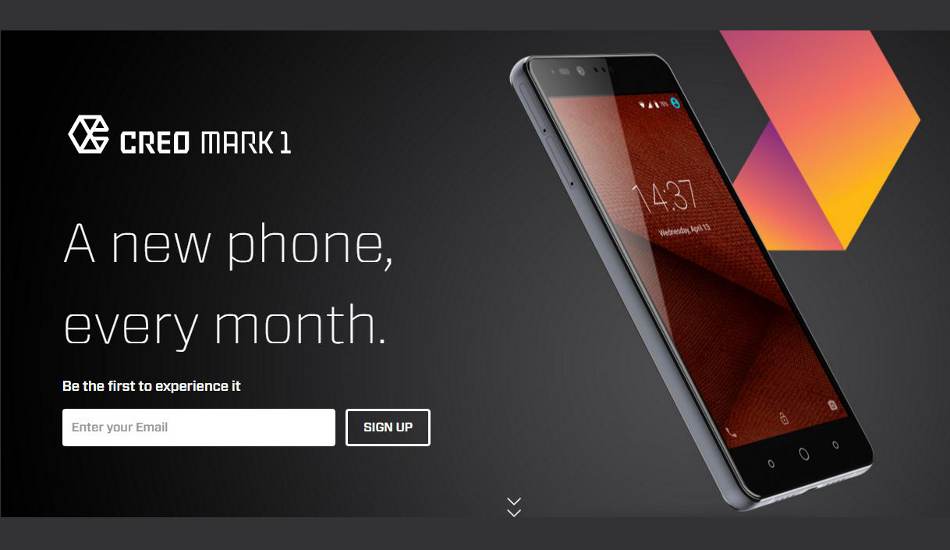 This is the third OS update since the launch of the CREO Mark 1 in April this year.

CREO today announced the July update for its Android-based operating system – FUEL OS that powers its flagship smartphone Mark 1. This is the third update of FUEL OS by the company since its launch in April this year. The company promised of a New Phone Every Month at the time of launch.

The latest update brings some enhanced privacy related features to the phone. That includes a deep integrated ‘Privacy’ Setting that allows users to lock Apps and Hide photos and videos in a secret hidden folder.

The user can now lock and unlock applications using a pattern or a PIN. When a user has to pass on the phone to someone, all they need to do is to simply toggle on the ‘App locking’ mode from the notification shade. This prevents others from accessing any locked app on the user’s phone.

The user can now securely hide the gallery media by moving personal/private images and videos to ‘Hidden Files’. Once moved, the files/ data will not be viewable through any file or media manager app. The user can view these from the ‘hidden files’ folder which is protected by a lock PIN / Password, known only to the phone owner.

Sai Srinivas, CEO & Co-Founder, CREO, said “A smartphone is a very personal device and with a lot of private content. Be it in apps or gallery. Fueled by the votes from the Fuel OS Community, 66.7% of the members said that they would use Pro-Privacy features that allowed them to lock apps and hide photos and videos. The July Update to Fuel OS is designed to give to Fuel OS users, privacy with the toggle of a button.”