CES 2017: Everything you need to know about Qualcomm Snapdragon 835 processor 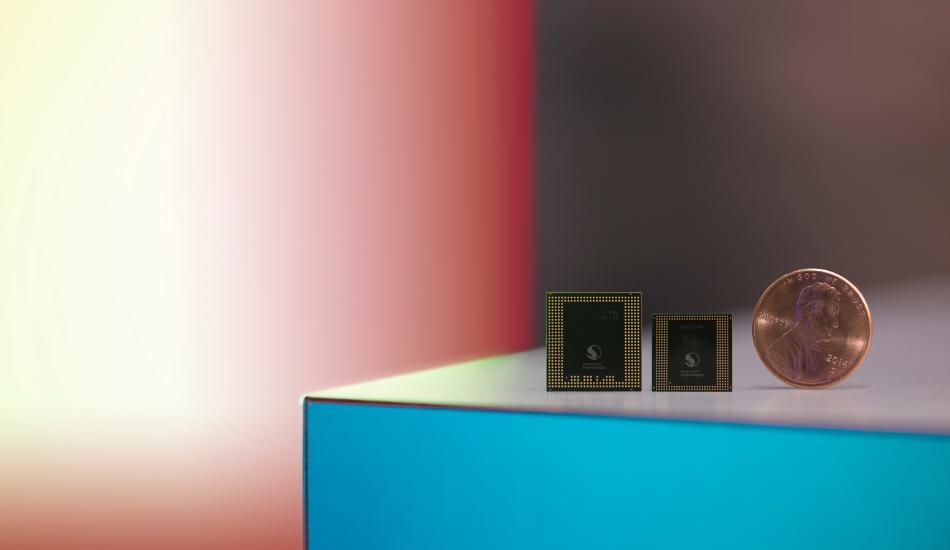 The chipset is the first to be commercially manufactured using the 10-nanometer (nm) FinFET process node.

Qualcomm has announced its next-level of mobile computing chipset, the Snapdragon 835, at Consumer Electronics Show (CES) 2017. The chipset is the first to be commercially manufactured using the 10-nanometer (nm) FinFET process node. For this, the company has partnered (https://www.themobileindian.com/news/20410_Samsung-to-manufacture-Qualcomm-Snapdragon-835) with Samsung and the new chipset is claimed to be 35 per cent smaller than the Snapdragon 820. Further, it allows up to a 30 per cent increase in area efficiency with 27 per cent higher performance or up to 40 per cent lower power consumption.

The latest processor from Qualcomm is designed to support next wave of smartphones, VR/AR head-mounted displays, IP cameras, tablets, mobile PCs and other devices running a variety of OS’s including Android and Windows 10 with support for legacy Win32 apps.

The all-new Snapdragon chipset comes with an octa-core processor with four performance Kryo 280 cores running at up to 2.45GHz and four efficiency cores clocked at 1.9GHz. On the graphics front, the chipset features Adreno 540 GPU with support for OpenGL ES 3.2, full OpenCL 2.0, Vulkan and DX12. The company has also added Hexagon 682 DSP for a superior processing of frameworks as TensorFlow for machine learning and Halide for image processing. The chip maker says that the combination of the CPU, GPU, DSP and software framework support in the Snapdragon 835 offers a highly-capable heterogeneous computing platform.

Though augmented and virtual reality is yet to register a big hit in the tech town, nevertheless, it is evident that the AR/VR will eventually take off in coming years. In order to cater this, the company has designed the latest processor in a way to meet the high-performance demands, thermal limits and power efficiency constraints of the next-generation virtual and augmented reality (VR/AR) designs. The latest chipset supports Daydream, Google’s platform for high quality and mobile VR.

The Snapdragon 835 comes with many improvements which include up to a 25 percent increase in 3-D graphics rendering performance and support of up to 60 times more colours with the Adreno 540 visual processing subsystem, which in return will give an immersive AR/VR experience. Snapdragon 835 also supports 4K Ultra HD premium (HDR10) video, wide colour gamut 10-bit displays, object and scene-based 3D audio, and outstanding VR/AR motion tracking that includes company’s sensor fusion-based six degrees of freedom (6DoF).

The latest chipset also sports the latest Quick Charge 4.0 technology which the company claims can charge a device 20 percent faster and with up to 30 percent higher efficiency than Quick Charge 3.0 technology. The company claims that with the improved quick charging, one will get 5 hours of battery life with 5 minutes of charging. Also, the Snapdragon 835 consumes 25 percent less power compared to our previous generation flagship processor, which equates to longer battery life.

The Snapdragon 835 comes with an integrated X16 Gigabit-Class LTE modem which allows download speeds up to one gigabit-per-second coupled with Category 13 LTE which gives an upload speeds up to 150 megabits-per-second. The chipset comes with world’s first Bluetooth 5.0 which offers up to two megabits per second speed. It also comes equipped with 2×2 802.11ac Wave-2 and 802.11ad Multi-gigabit Wi-Fi, making it the first commercial processor equipped to deliver Gigabit-Class connectivity at home and on the go.