Nokia has packed single-core 1.4 GHz processor in the Lumia 900 that features a 4.3-inch display and 8 MP camera.

Inspired from the Nokia N9 and Lumia 800 design, the new Lumia 900 features a 4.3-inch Amoled ClearBlack display that looks brilliant. Packed in a unibody polycarbonate enclosure, the Lumia 900 weighs just 156.8 grams approximately and is only 0.45mm thick.

The Lumia 900 comes with a single-core 1.4 GHz Qualcomm APQ8055 mobile processor and has MDM9200 chip for WCDMA network support. Nokia has provided a mere 512 MB RAM for this smartphone and offers 14.5 GB of on-board storage with no possibility to expand it &#151 there’s no memory card slot in it. 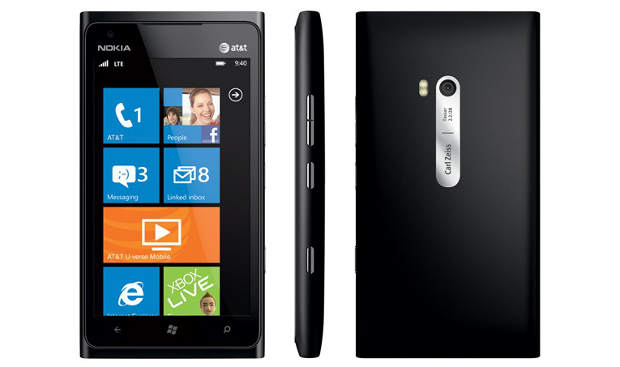 Nokia has packed an 8 megapixel camera with the smartphone with Carl Zeiss optics for best quality of imaging. This 8-megapixel camera comes with a dual LED flash and auto focus which enhances its capability to click best quality photos and compete with best camera phones such as Apple iPhone 4S and Samsung Galaxy S II.

The Lumia 900’s 8-megapixel camera features f2.2 aperture and 28mm focal length for the avid semi-professional photographers to make the best of their smartphone. This primary camera is capable of recording 720p HD video at 30 frames per second. Thankfully this Windows Phone device comes with a front facing 1 megapixel camera that can offer HD quality video chat support. 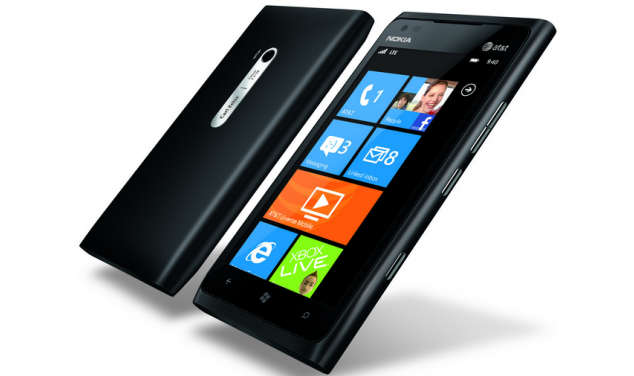 Nokia Drive app will come pre-loaded on the Lumia 900 and offer turn by turn based navigation support along with capability to download only the maps needed. Other features of the Lumia 900 include WiFi, Bluetooth 2.1, proximity sensor, magnetometer sensor, 3D accelerometer, gyroscope sensor, ambient light sensor and GPS.

Lumia 900 packs non-removable 1830 mAh battery that expected to offer a continuous talk time of 7 hours over both 2G and 3G Networks. Music lovers can play music till 60 hours on this handset or watch videos for 6.5 hours, the Finnish handset manufacturer claimed.

Apparently, the Nokia Lumia 900 is one of the first LTE Network supporting Windows Phone handset. Nokia hasn’t announced the pricing and availability of this handset and we believe more details about the same shall be shared at the Mobile World Congress 2012 next month in Barcelona, Spain.