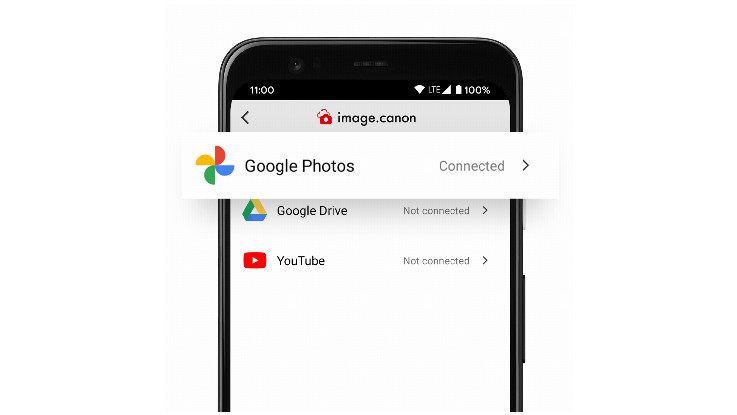 The brand says Canon users can easily transfer all the photos to Google Photos via the latest image.canon application.

Google has announced that Canon digital cameras now support automatic backup to Google Photos. The brand says Canon users can easily transfer all the photos to Google Photos via the latest image.canon application.

The company has revealed that with the latest version of image.canon app, which is available on Android or iOS platforms, one can automatically transfer original quality photos to Google Photos. The brand further claims that users will get Google One membership for free for one month. The membership provides 100GB of cloud storage along with other benefits including premium support from Google, family sharing and more.

“If you own a DSLR or point-and-shoot camera, you know that getting your photos backed up can be a process. You often need cables or adapters to take them off of your camera or SD card and save them, and it might take a number of steps to get it all done. We’ve worked with Canon so you can easily upload the moments captured on your Canon devices directly to Google Photos over Wi-Fi—no plugging in your camera or taking out your SD card,” the company said in a statement.

The company has revealed that the latest feature is available for latest mirrorless models including Canon EOS R5, EOS R6 and other DSLR models including EOS 5D Mark IV, EOS 1500D and more.

Meanwhile, Google is closing down its music streaming service, Google Play Music. Google, in the email, has encouraged users to switch to Youtube Music. The tech giant has also said that it will let users know before they lose access to their music library on the app.